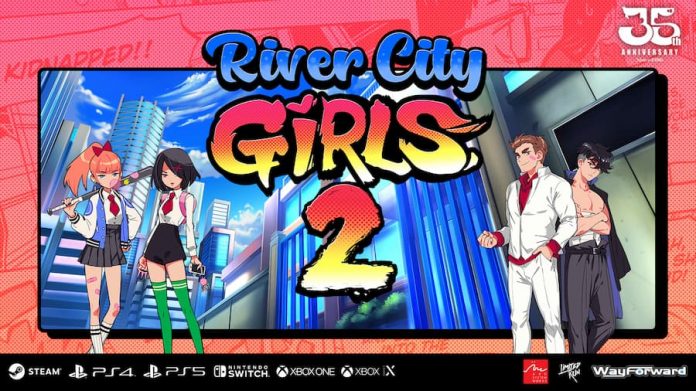 River City Girls is a 2019 scrolling beat-em-up that sees a pair of Japanese girls, Kyoko and Misako, pummelling the bad guys who’ve kidnapped their boyfriends. Now, as revealed at Limited Run’s showcase last night, there’s a sequel on the way, giving the duo the chance to break some more heads.

We gave the original River City Girls a 7 out of 10 when it launched in September 2019, praising its punching but criticising its RPG elements. We have our fingers crossed that, with River City Girls 2, developers WayForward can absolutely nail things. Naturally, since the game was shown at Limited Run’s expo, there’ll also be a physical version of the game as well so, if nothing else, you’ll have something to add to your shelf of collector’s editions.

But, hang on, what about River City Girls Zero? Zero, while sounding for all the world like a prequel, is a localised conversion of a SNES game known as “Shin Nekketsu Kōha: Kunio-tachi no Banka“. River City Girls is in fact part of a long-running series, Kunio-kun, a few of which made it to the west under different names. River City Girls Zero will sport new manga-style cutscenes but is, essentially, a 1994 SNES game.