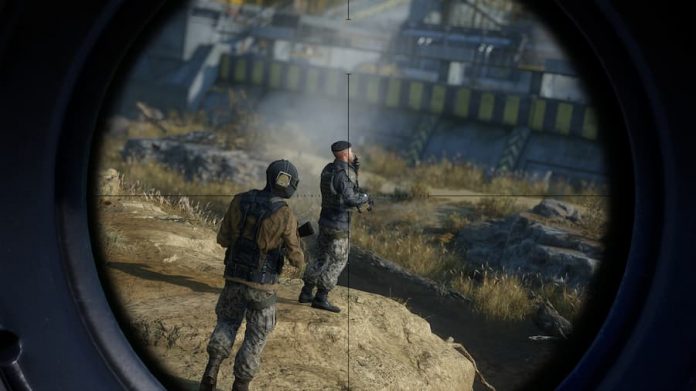 A departure from previous entries in the Sniper Ghost Warrior series, it seemingly took inspiration from Hitman, offering up numerous environments in which players could take multiple approaches to complete their task. If they wanted to sneak into an enemy compound to hack a computer and take out a target silently they could. But they could also snipe their target from afar, or go in all-guns-blazing. Sniper Ghost Warrior Contracts 2 takes this freedom away somewhat, at least in some of its environments. It does it for a good reason, however; to offer some extreme range sniping.

For all intents and purposes, Sniper Ghost Warrior Contracts 2 is more of the same. It has the same sleek presentation as the first game, your character once again dons a futuristic mask that allows them to scan the environment, and they can also make use of both a drone and a sniper turret to assist in their endeavours. It even has five regions for you to visit, with numerous contracts to complete in each and a bucketload of challenges. Only this time, these regions are split into classic and long-range contracts.

Classic contract regions play just like they did in the first Sniper Ghost Warrior Contracts; you go in and complete the contracts available to you in any order you see fit. With a varied range of objectives such as hacking terminals, disabling jamming towers and eliminating targets, it’s wise to consider stealth as you move from one area to another, but you can go loud if you want. And to make a little bit more money on the side, bounties are available, challenging you to take out specific targets before interacting with their bodies to confirm the kill.

Long-range contracts, on the other hand, are all about extreme range sniping. In these regions, you’ll move from one sniping nest to another, each one handily overlooking a settlement or facility in the distance. You’ll be shooting at targets over 1,000 metres away, and at that distance it takes seconds for your bullet to hit its mark. That presents some issues, as predicting where your target is going to be in a few seconds time can be very tricky indeed. And so sometimes you need to create the perfect sniping opportunity. You won’t only be sniping targets, however; sometimes a bit of destruction is called for as well, or protecting a target. 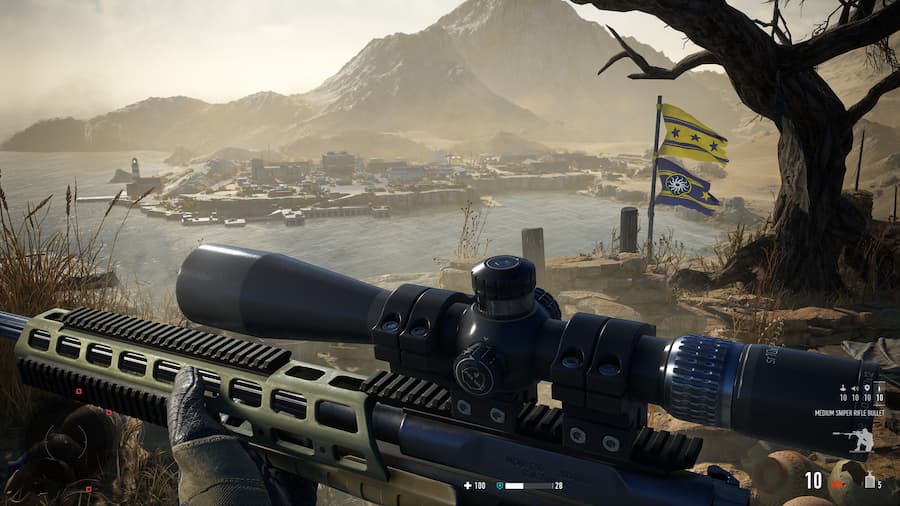 By offering two distinct types of regions, Sniper Ghost Warrior Contracts 2 feels that bit more varied than its predecessor. You don’t feel like you’re completing the same assortment of tasks across five different environments. The new long-range contracts are genuinely fun, too, forcing you to think differently about how you’re going to take out your mark. You might decide to be patient, for example, and simply wait for your target to expose themselves for a period of time. Or you might take matters into your own hands and force them to expose themselves. You can even make their deaths look like freak accidents by making objects such as containers fall on them. It’s up to you.

Ultimately though, Sniper Ghost Warrior Contracts 2 is just a much better game than 2019’s offering. Its environments are more interesting to explore, offering everything from dusty expanses to lush forests and imposing underground bases. With the first game being rather buggy at launch, those returning will be happy to find that this one is much more polished, too. And if you turn the difficulty up, you’ll find that your enemies are more capable of giving you a hard time and hunting you down if you raise an alarm. 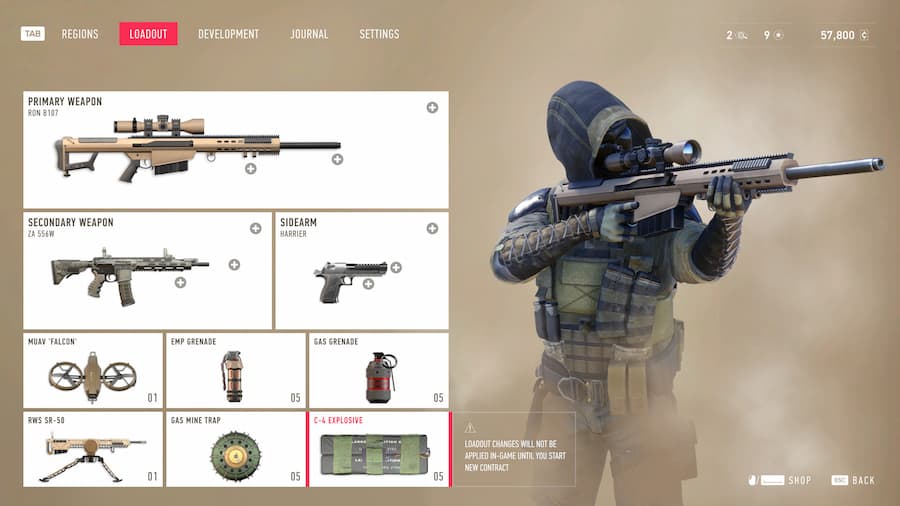 On the subject of difficulty, CI Games has put significant work into making Sniper Ghost Warrior Contracts 2 more accessible to newcomers. There’s better onboarding, with tutorials walking you through managing your loadout, modifying your weapons, and even developing upgrades for your character and equipment. Managing your loadout is particularly important in this entry, too, as you simply won’t be able to shoot targets over 1,000 metres away if you don’t have a scope, or rifle, up to the task.

During missions, new and returning players will also appreciate the option of a dot on their sights on easier difficulties that lets them know in an instant where a bullet will land, as well as more frequent checkpointing. Fast travel points can be unlocked, too, allowing them to easily move between parts of the map when out of combat. And yet none of this comes at the expense of the hardcore sniping experience that Sniper Ghost Warrior Contracts 2 can provide. On the highest difficulty level, players will need to not only carefully consider the effects of wind and gravity on their bullets, but will also need to gauge how far away their enemies are without any help. 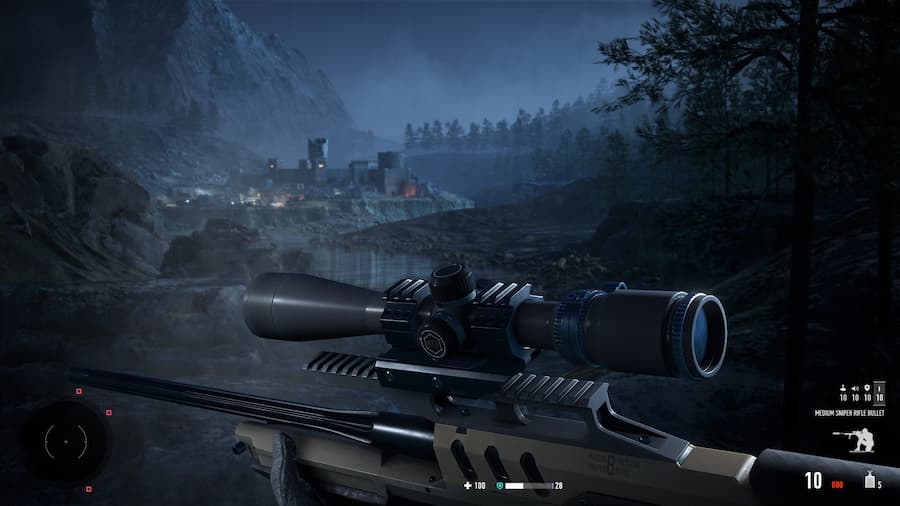 It’s not a flawless experience though. The AI of your enemies can perhaps be a little too dumb on easier difficulties, leading to some comical moments. More troubling, however, is that the game doesn’t always do a great job of explaining exactly what you’ve got to do to complete some of its contracts. When tasked with taking an oil field out of action, for example, or disabling a giant satellite, you might be left wondering exactly what you’ve got to shoot. Once you’ve figured it out you’ll be all set if and when you decide to retry the region to complete more challenges, but on your first visit you might be left scratching your head in frustration.

On the whole, Sniper Ghost Warrior Contracts 2 is an accomplished sequel. It builds on the first game in meaningful ways, expanding the scope of its gameplay while also being more accessible to newcomers. It remains great fun visiting one of the classic regions and figuring out the best ways to complete its available contracts, while the new long-range contract regions complement them very well, offering a different type of sniping challenge. Better yet, despite being released at a budget price, it has the look and feel of a AAA game. Needless to say, if you’re keen to do some armchair sniping, Sniper Ghost Warrior Contracts 2 deserves to be in your game collection.

This review of Sniper Ghost Warrior Contracts 2 is based on the PS4 version of the game (played on PS5), with a code provided by the game’s publisher. It’s available on PS4, Xbox One, Xbox Series X/S and PC, with a PS5 release to follow.