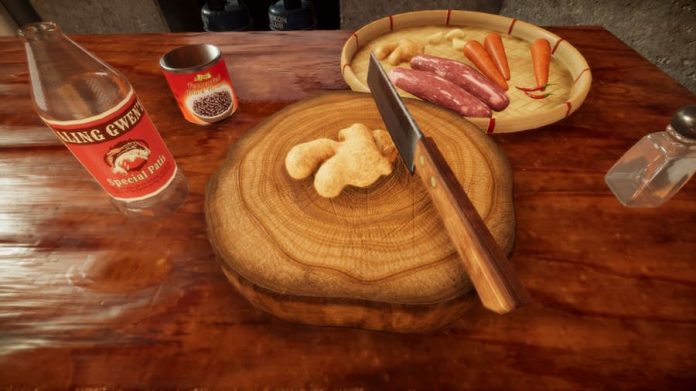 Soup Pot is certainly charming but the game’s latest clip shows there’s more to it than just bringing things to the boil.

Soup Pot, from developer collective Chikon Club, could be the cooking game we’ve been waiting for. That’s not just because it sports 100 different recipes but also because it’s impossible to get a game over. There’s no Cooking Mama complaining about your lack of culinary skills or customers whinging that apple pie isn’t meant to be the colour of charcoal.

Instead, it’s all about the love of cooking, working with ingredients that you could actually recognise if you saw them on a store shelf. However, while it may be called Soup Pot, a new clip (fronted by technical director Gwen Foster) reveals there’s more than just boiling going on.

The video, revealed at last night’s Day of the Devs (and hosted at GameTrailers), shows off Soup Pot’s grilling and skewering features. It’s not clear how many of the game’s recipes will require skewering or grilling and it’s good to have that extra choice. In practice, the first thing we’re going to do when we get our hands on Soup Pot is throw every single ingredient into the one pot, just to see what will happen.

We’re definitely looking forward to getting our hands on Soup Pot. We’re also curious as to whether you’ll be able to replicate in the in-game recipes in the real world – we figure there’s more of a chance of doing that than with Cooking Mama.

Soup Pot is coming to PC and Xbox this August; you can wishlist it on Steam here.