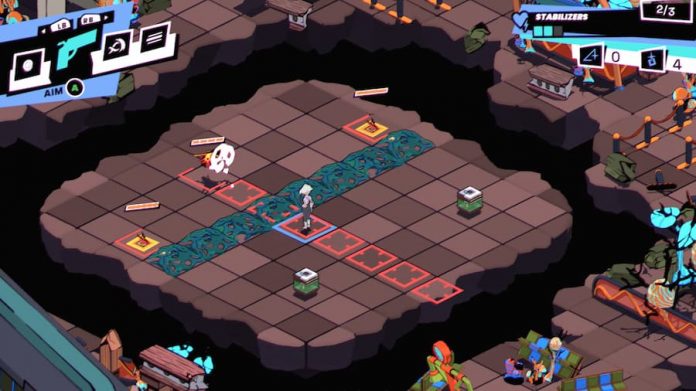 RFM is a tactical game that pitches you against some very strange foes.

Announced at GameStop’s Play For All showcase, RFM is a tactical game with a roguelike twist, that pitches you against.. things? We’re not sure what you’d call RFM’s foes but they’re definitely got our attention. Created by Mexican studio Bromio, takes place in a retro-styled future where Earth has been mashed together with another dimension.

But instead of going full Lovecraft, the creatures are otherworldly without being overly horrifying. You’re still going to have to fight them, however, but in RFM, time is on your side. Battles blend real-time action and time-freezing, so you can pause to ponder your next move, for as long as you want.

RFM sees you flinging around “prana” or life energy, so you can tell things are going to be a little magical. We’re definitely curious as to whether they’ll be any Roadside Picnic style anomalies since, instead of a full-on invasion, both dimensions have apparently just been slammed together.

RFM will arrive on PC next year and, if it sounds right up your street, you can wishlist it on Steam. A console release is also planned but it’ll materialise on the PC first.