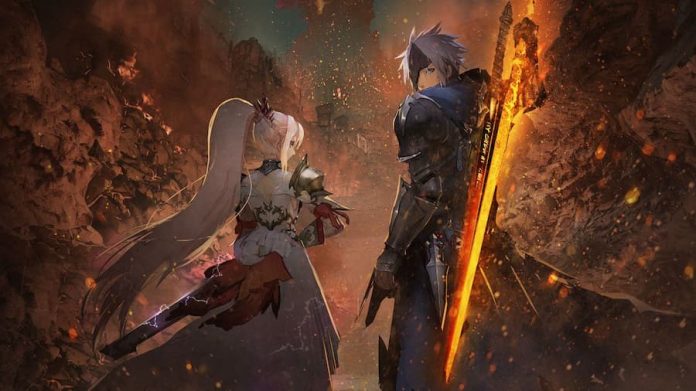 It’s been nearly five years since the launch of the last Tales game, Tales of Berseria. Briefly going hands-on with Tales of Arise, however, it seems like it will have been worth the wait.

Launching 10th September on consoles and PC, Tales of Arise‘s premise is born of inequality. It’s a tale of two worlds, Rena and Dahna, with the former being technologically advanced, having ruled over the latter for 300 years. Needless to say, the people of Dahna are fed up of being worked to the bone and having their valuable resources taken away from them. And yet despite being born on these very different worlds, protagonists Shionne and Alphen find themselves adventuring together. Maybe together they can make a better future?

Going hands-on with Tales of Arise, what first strikes you about it is its wonderful new art style. Mixing anime with watercolour painting, every frame looks absolutely gorgeous, drawing you into the game’s world. And of course, character and enemy designs are on point, as usual. We had access to six playable characters – Alphen and Shionne, as well as Rinwell, Law, Kisara, and Dohalim il Qaras. Each brings their own weapon and skills to the table, as well as their own unique look and personality.

As we set about exploring a lush, green field, we found that Tales of Arise is very much a Tales game. There are items to gather and enemies to defeat as you explore, a spot of cooking can be done to restore health and provide stat bonuses, and while they weren’t in the build we played, skits will be available, allowing you to learn more about the game’s characters. There are some changes, however, that push the gameplay forward and further immerse you in the world presented. 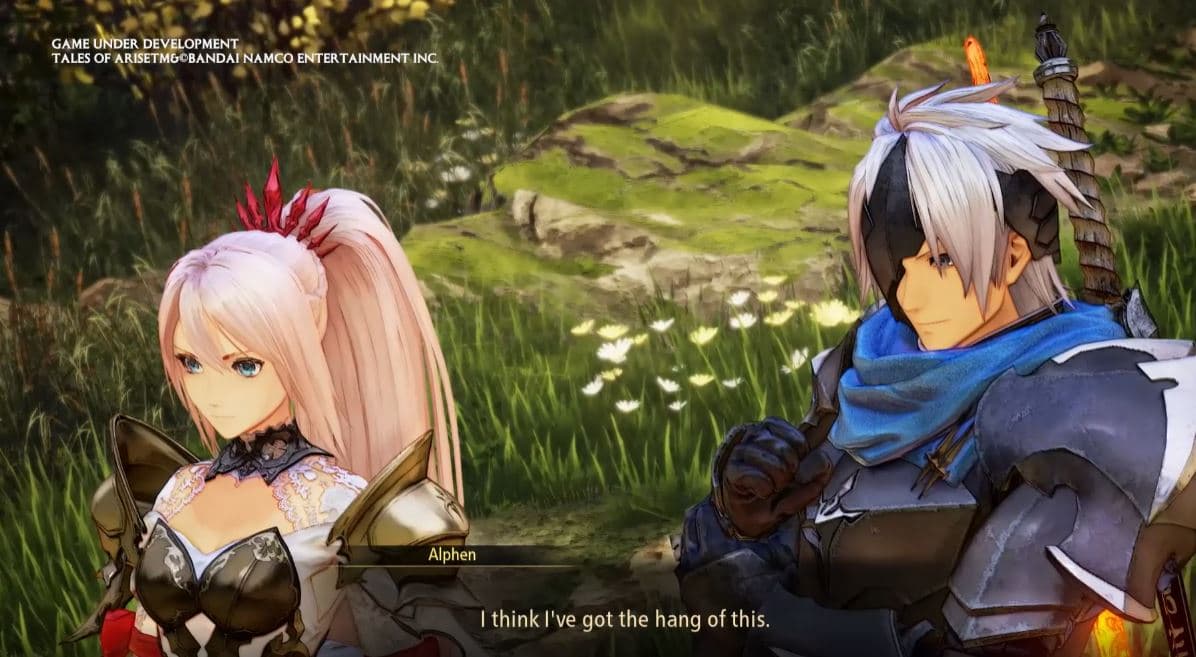 In the field you can now swim, for example, allow you to cross rivers and other bodies of water. The appearance of fields now also change with the time of day. The biggest changes are found when you enter combat, however, with the right shoulder button now being used for your standard attack. It frees up the face buttons to allow quicker access to skills, which in conjunction with other new mechanics makes combat faster-paced and more action-packed than ever.

While you’ll only ever be in direct control of one character at a time, for example, when a character’s icon is flashing you can instigate a Boost Attack by pressing the d-pad direction assigned to them. Combine these Boost Attacks with your own regular attacks and artes, and you can form long combos that prove to be devastating. Break down an enemy’s defences and you can also perform Boost Strike, an almighty attack which kills them in one hit. 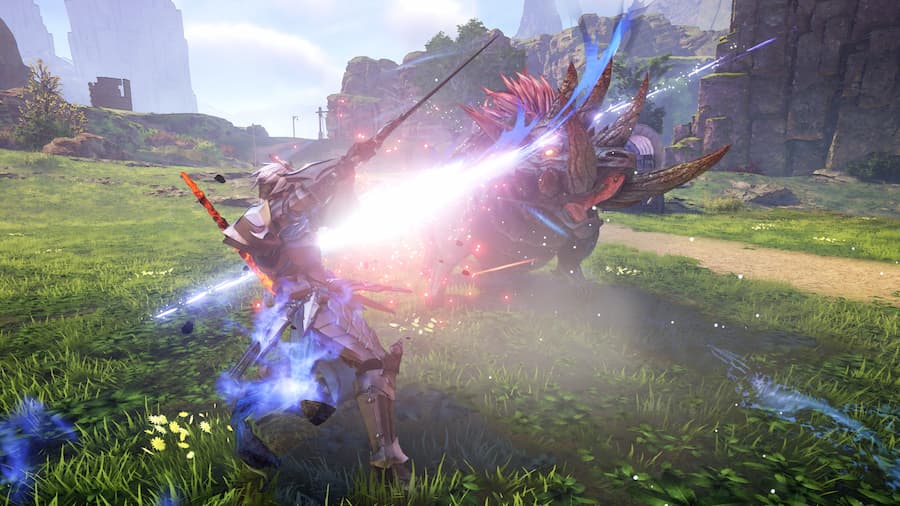 Further enriching the combat of Tales of Arise is the fact that there are perks unique to each character, such as Alphen’s ability to sacrifice some HP to perform a wide-reaching blazing sword attack. Facing off against a boss at the end of our hands-on time with the game, we had to use all of these new mechanics effectively to emerge victorious. Though even then it was a hard-fought battle. Thankfully there are multiple difficulties available if you want your journey through the game to be a little more easy-going.

We’ve only spent about 45 minutes or so playing Tales of Arise, but already we’re rather excited about it. From a gameplay perspective it’s shaping up to be everything we wanted it to be, taking the Tales formula and enhancing it in numerous ways. Ultimately though, it will be the game’s story that determines if it’s a real high-point for the series, and we remain optimistic. Like Tales of Berseria before it, it seems to step away from the usual saccharine-sweetness of the genre, with Shionne in particular being a hard cookie. And for that reason, we can’t wait to play more of it.