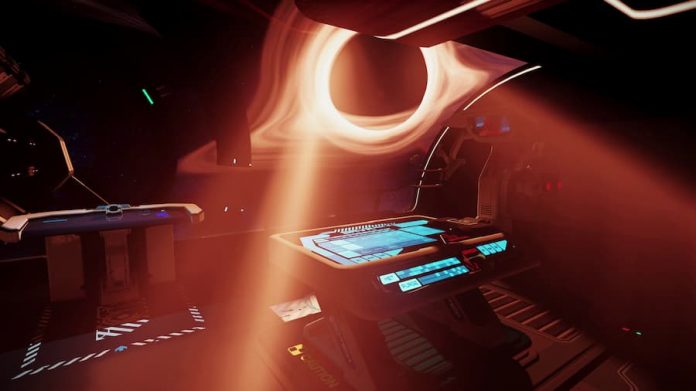 Originally developed and released for PSVR back in 2018, The Persistence presents players with a truly horrifying situation.

Playing as Zimri Eder, you’re trapped aboard a spaceship – The Persistence – stranded in space, caught within the relentless pull of a black hole. And as if that isn’t harrowing enough, to make matters even worse, its crew has been turned into grotesque mutants who will attack on sight (or sound). Needless to say, Zimri is not having a good time.

It’s debateable, however, if you’re actually playing as Zimri at all. You see, death isn’t much of an obstacle in The Persistence; with your body created by a clone printer, if you die, you simply restart back at a safe control room with a fresh one, ready to enter the fray once again. So, while it’s certainly Zimri’s consciousness that resides within the synthetic frame you control, is she really human? It’s hard to feel like one at times – with orders barked at you by a woman called Serena Karim, you can’t help but feel like you’re just a tool.

The body-printing mechanic fits in rather nicely with The Persistence‘s rogue-like gameplay. This is a stealth-based horror game at heart, challenging you to make your way through four decks of the seemingly doomed spaceship in order to complete a series of objectives. Along the way, you’ll encounter a variety of mutants that get more dangerous as you progress, including one that will relentlessly pursue you – albeit slowly – once they have your scent. Put it this way: it’s certainly not the game to play if you’re easily frightened.

While The Persistence was made for VR, a non-VR version was released last year for Xbox One and Switch, while PC and PS4 owners got the option of both. And now, with the release of PS5 and Xbox Series X/S, The Persistence has been further enhanced to make use of their extra power. Even better, it’s available as a free upgrade for those who already own the original game on PS4 or Xbox One. 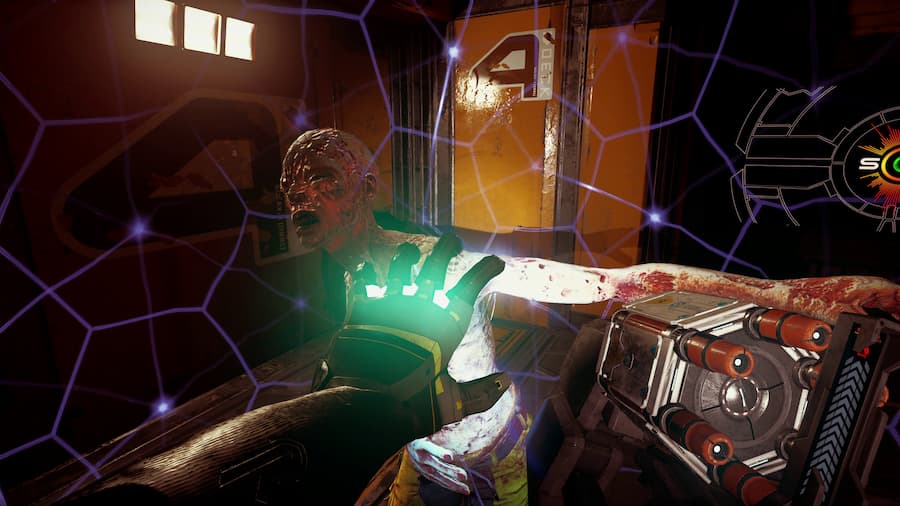 Thanks to the power of next-gen consoles, The Persistence Enhanced looks and plays better than ever before. Two graphics options are available on PS5 and Xbox Series X: a 4K 60fps Performance mode, and a 4K 30fps Quality mode. While we’d normally opt for the 60fps mode in a flash, the slow paced-nature of the gameplay here means that the 30fps option is perfectly serviceable. Even more so when you consider that it allows for ray-traced reflections and global illumination, which together make the rooms and corridors of The Persistence all that more atmospheric.

There are other benefits to the game being enhanced for next-gen too, of course. Loading times are pretty much instantaneous, meaning you’re never taken out of the action even when you die or move between the numerous decks of the ship. And if you have a PS5 there’s DualSense support, which gives each and every weapon available its own unique feel. It also allows for various sensations with regards to other gameplay aspects, too, further engrossing you in the action.

It’s just a shame that issues that have plagued The Persistence since its initial release are still present, the biggest being that it can feel like a major grind. Death can come all too quickly if you don’t keep your wits about you, and the only sure-fire way to give you a better chance at survival is to boost your stats and unlock a wide range of upgrades. There are two currencies that allow you to do that in-game: stem cells and ‘FAB’ chips. 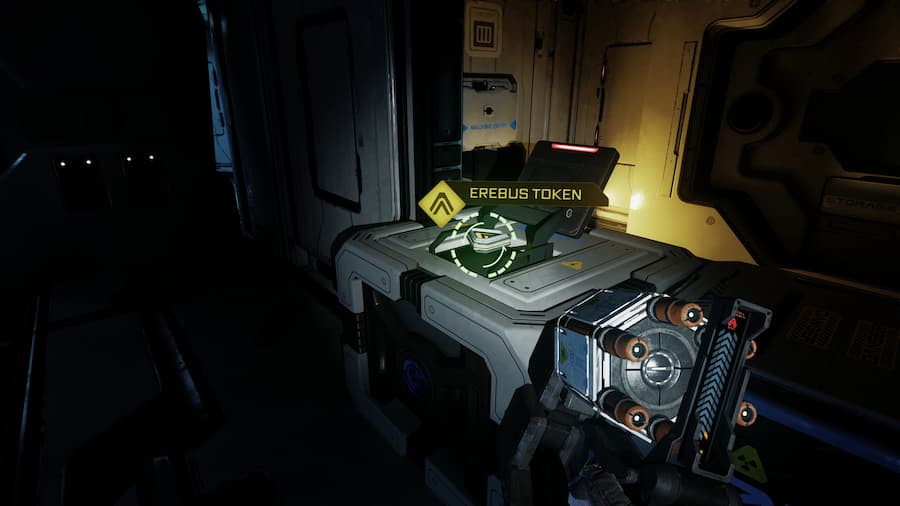 Stem cells can be harvested from enemies if you manage to sneak up on them, and also found laying about as you explore The Persistence. Back at the control room between deaths, they can be used to print alternative bodies that come with helpful bonuses provided you’ve been able to find them on your excursions, as well carry out various permanent stat upgrades. Collect enough Stem cells, for example, and your maximum health can be nine times that which you start with, and your melee damage can be dramatically improved, too.

FAB chips, on the other hand, can be used to purchase weapons and other items during each foray onto the decks of The Persistence, although you’ll need to collect Erebus tokens and use those to permanently unlock and upgrade them first. Also, between deaths, they can be used to fabricate any equipment upgrades you’ve found back at the control room, though they’re rather rare.

Over time Zimri can be come rather formidable, but there’s always the danger of repetition becoming too much to bear. You’ll explore the same corridors and rooms time and time again, encountering the same enemies and performing the same actions. Get seen, or be forced into combat, and your run can be brought to a swift end. Without upgrades and some decent equipment on you, combat can feel utterly unfair at times, with some enemies killing you in just one or two hits. It doesn’t help that you can’t run – designed for VR, all you can do is teleport if you want to quickly move to safety, but a resource called Dark Matter puts a limit on the usefulness of that. 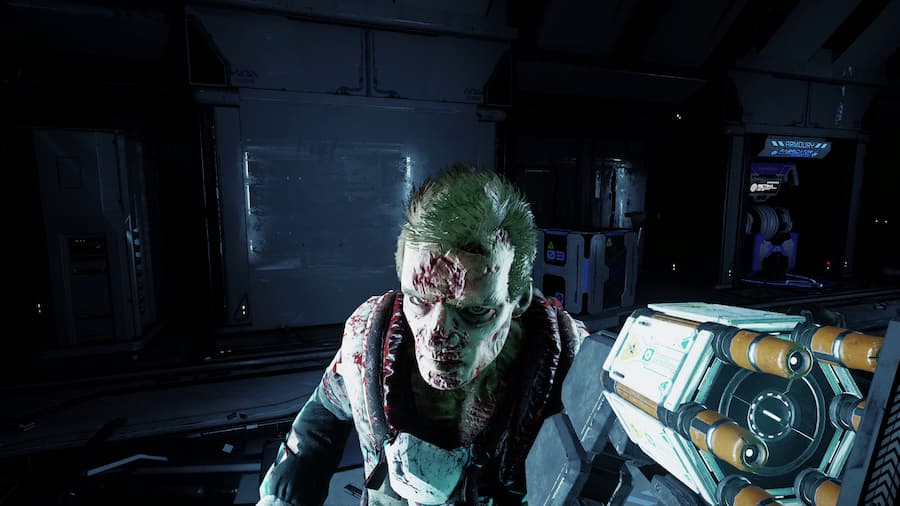 One weapon available to you in The Persistence Enhanced can also lead to some unfortunate, buggy, moments. The Grav Hook enables you to pick up and move around even the most ferocious of foes before firing them off at speed. Bash them into scenery, however, and they can get stuck, leaving their heads and limbs poking out of walls.

Ultimately, The Persistence Enhanced leaves you frustrated – partly because it’s hard, and partly because it’s clear that are some brilliant elements at play here, but they’re hindered by those that are less so. It truly does have a terrifying atmosphere, for example, and carefully employs jump scares to keep you on your toes. The gameplay loop is also an engaging one, but it feels like it needs some balancing to not make it feel like a such a grind. Equipment schematics are so rare, for example, that you might complete the game having only found a tiny portion of them, while there’s an abundance of Erebus Tokens.

The Persistence Enhanced is well worth checking out if you’re a horror fan, especially if you also like a bit of stealth. Those fond of roguelikes will no doubt get a kick out of it too. However, the game’s repetitive nature alongside its clunky and often unfair combat will likely result in some frustration, and maybe even cause some to give up on their bid for freedom. Players who do see their journey to its end, though, will find a welcome assortment of complimentary modes that will entice them to go back for more deck exploring action.

The Persistence Enhanced is available on PS5. A code was provided by the game’s publisher to facilitate this review.

Buy The Persistence on Amazon