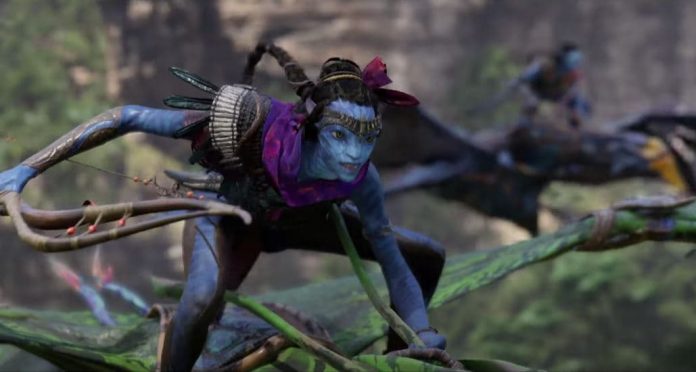 There’s an Avatar game on the way, and it looks stunning.

Unveiled during Ubisoft’s E3 2021 presentation, we got a look at the upcoming Avatar game. Called Avatar: Frontiers of Pandora, it’s set to release in 2022.

Set in a rich jungle world filled with bizarre flora and fauna, dinosaur-like creatures and, of course, the native Na’vi, it looks to be action-packed. Their world is invaded by Earth-looking helicopters, and a war breaks out.

We didn’t get much more than that to go on. And we’re not entirely sure a middling movie from 12 years ago really has enough to revive a new franchise of films and games, but at least the graphics on show here look spectacular. After all, visuals were what made Avatar so popular back in the day. The trailer was created with Snowdrop, and really does show off the power that Ubisoft’s in-house engine holds.

We’re certain we’ll get a look at some gameplay soon, but the trailer gives us a hint of the type of combat we can look forward to. Na’vi are equipped with bow and arrows, so expect a lot of ranged combat. There’ll undoubtedly be other tools in the jungle we can make use of, too.

Until more information about Avatar: Frontiers of Pandora releases, give the trailer a watch below: