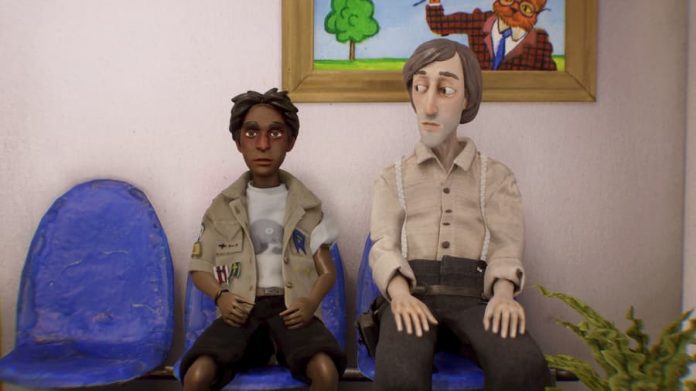 This story-driven adventure game stands out because of its fantastic art style; it appears to be entirely stop-motion animation, like an interactive Aardman production. But the Tribeca Games Spotlight shone some light on just how the game, currently in development by Slow Bros., came to be.

It’s not actually stop-motion, although real hand-made models were used to create the characters to begin with. The sets are hand-made too, giving everything you see on screen a gorgeous style that stands out from the crowd. This isn’t an animation style we see in video games very often at all. But the character models and sets have then been 3D scanned, allowing them to be brought to life within the game world without using traditional stop-motional animation techniques. Motion capture has even been used for the characters, making their movements as realistic as possible.

The final effect is mesmerising; seeing these clay models come to life in such a way is stunning. It’s helped by just how beautiful the sets are; wandering down Agora Arcade, for example, a row of shops within the game, is a wonder to behold. Cardboard-constructed store fronts light up with neon signages. It looks like you could reach into the screen and touch it.

The production values are further enhanced by each character being excellent voiced by a talented cast. It results in a world that feels alive, and for that reason alone Harold Halibut immediately grabbed my attention. But does this gorgeous piece of art work as a game? That remains to be seen. 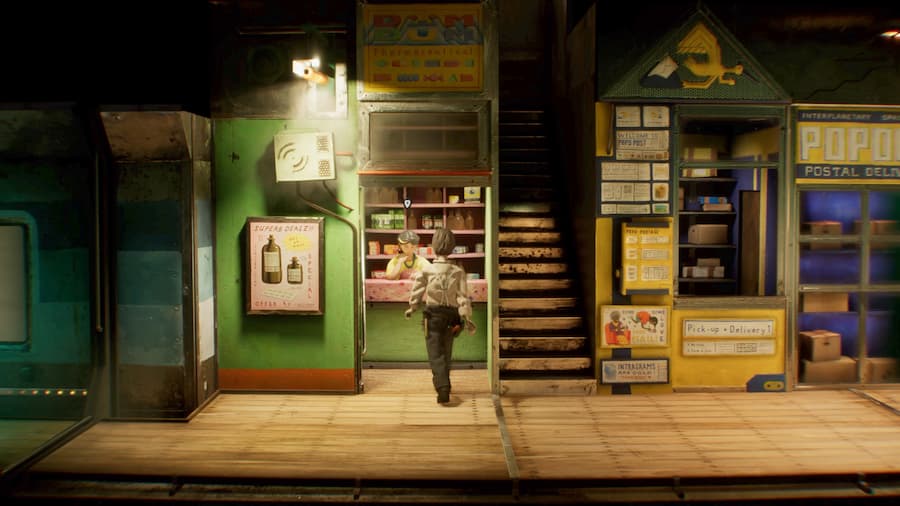 After an hour-long hands-on demo with Harold Halibut, I’m even more in love with how it looks. But I’m not completely sold on its narrative or gameplay just yet. The game takes place on a huge spaceship, set some time in the future where Earth is no longer habitable. Harold works in a laboratory aboard the ship, where he helps the lead scientist in her quest to find a new, habitable planet.

It seems like some major twists and turns are expected to pop up in the narrative, but my time with the demo saw me talking to a handful of characters, exploring the ship, and travelling back and forth to deliver some messages. It at least gave me an excuse to soak in each set’s beautiful design, and meet some of the quirky characters on board the spaceship. But whether the gameplay will be enough to keep players invested remains to be seen.

Harold Halibut is a slow-paced adventure game, with a lot of exploration, interaction and communication required. But games like this require an excellent narrative to keep players hooked. I’m yet to see that from Harold Halibut. I’m remaining hopeful – the game is still a work in progress (we’re yet to get a release date), and the demo did not give the story time to get going. The hard work of Slow Bros. in bringing this game to life deserves to shine, though, and I truly hope the completed narrative will do the incredible animation justice.

Find out more about Harold Halibut by visiting the official webpage. You can also wishlist it on Steam. It’s scheduled to release on PC, PS4 and Xbox One ‘soon’.