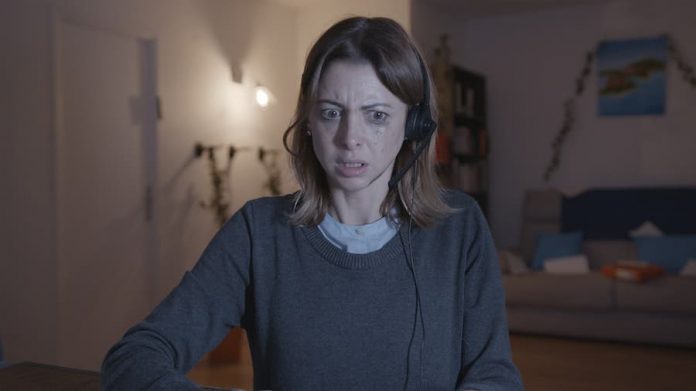 I’m a sucker for an FMV game. And if you are too, then Wales Interactive has two on the way that you ought to keep your eye on.

The games in question are Deathtrap Dungeon: The Golden Room and Night Book, both in development by Good Gate Media and Wales Interactive. Both companies are synonymous with FMV (full motion video) games; most recently, the two studios have brought us The Complex and Five Dates, both of which scored an impressive 8/10 from us. The two upcoming games from the studio couldn’t be more different from each other, but both have us rather excited.

Both Deathtrap Dungeon: The Golden Room and Night Book have free-to-play demos available on Steam as part of Next Fest, giving us brief glimpses from what to expect. I’ve played through both demos, and now can’t wait to play more.

Supernatural horror game Night Book, which is set to release this July, tells the story of Loralyn, an online interpreter. She spends her time translating between English and French, though she also has the rare ability to read the ancient, spiritual language of Kannar, which makes her rather sought-after in her line of work. Her father, who lives with her, believes Kannar is evil, and her bringing it into the house is bringing about terrible things. Loralyn, on the other hand, believes her father is suffering from mental disturbances. Either way, it’s a lot for her to deal with.

During a call, a client asks her to read a passage of Kannar out loud. She does it without thinking twice – but should she have? Is there some truth to her father’s ramblings? The demo doesn’t reveal much and leaves us simply wondering for ourselves what the truth may be. But it’s Night Book‘s presentation that leaves the best impression. It’s all delivered through Loralyn’s computer screen, with video feeds via live cameras she has set up in her house and FMV scenes being interspersed with emails and instant messages. It all looks very polished, and with some good actors on board, it’s left me eager to delve further into the story.

Deathtrap Dungeon: The Golden Room, on the other hand, is a pure fantasy game. Based on Ian Livingstone’s Deathtrap Dungeon 1980s adventure gamebook, it throws you headfirst into an adventure filled with magic, orcs and evildoers. Here, your decisions really matter; one wrong move and you’ll find yourself dead. As I did in the demo, when I answered a question wrong. It was back to the beginning to try again.

There’s a certain air of cheesiness to Deathtrap Dungeon: The Golden Room, but one that’s rather endearing and expected of the genre. The visuals are impressive, transporting us to a fully-believable ancient dungeon, and the acting on show in the demo is of a high quality. We’ll have to wait until 2022 until this one comes to fruition though, but it’s a promising glimpse at something rather different in the FMV genre.

You can try the demo for Deathtrap Dungeon: The Golden Room by clicking here, and Night Book by clicking here. We’ll have more information on both games as their release dates creep closer, but needless to say, if you’re a fan of FMVs, then you should keep both of these firmly on your radar.