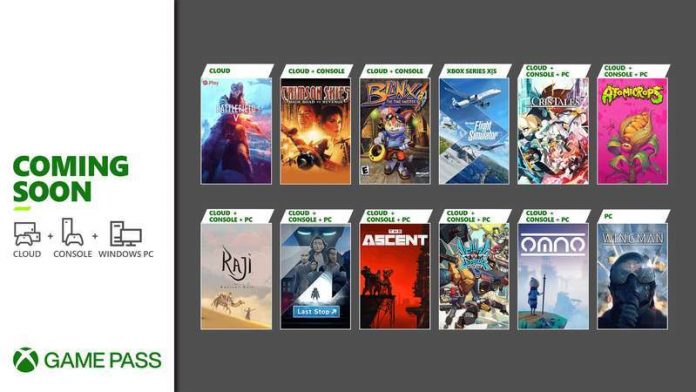 Just when you thought that Xbox Game Pass couldn’t get any better value.

10 new games are headed to Xbox Game Pass before the end of the month. One of them – Cris Tales – is available from today, with the rest dropping over the course of the next week and a half.

In case you didn’t see our review, Cris Tales is a gorgeous game that pays homage to traditional JRPGs. You play as Crisbell, a young girl who has just discovered her time manipulation powers; a very handy skill indeed when you’re dealing with matters of saving the world. Read our full review here to find out more about it.

Of the rest of the games coming to Xbox Game Pass, some of them are brand new – like Last Stop, Omno and The Ascent. Others have been around for a while, but we can vouch for, like bullet-hell meets farming game, Atomicrops.

Here’s everything coming to Xbox Game Pass before the end of July, and when you can expect them:

In addition to these, dogfighting flight game Project Wingman will also be making its way to Game Pass for PC from 29th July. And from today, Battlefield V is available to play over the cloud for Xbox Game Pass Ultimate members.

However! With new games arriving, old games must leave. Only three games are leaving Xbox Game Pass at the end of the month. They are: It Lurks Below, The Touryst and UnderMine. You have until 31st July to play them.