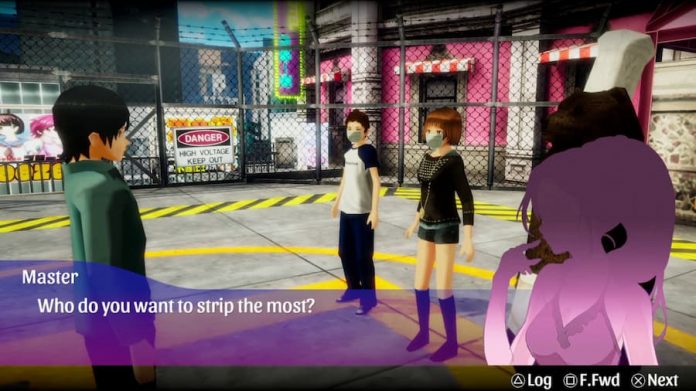 It all begins with an act of selflessness; rushing to the aid of a friend who’s been viciously attacked, you also find yourself being inflicted with violence. Close to death, you’re lucky that a girl close by decides to help. By… giving you her blood?!

The premise of Akiba’s Trip: Hellbound & Debriefed is an interesting one, and puts the player in a unique scenario. That girl who saved your life? She’s essentially a vampire, and by giving you her blood she’s temporarily gifted you with immense power. Oh, and it was her brother who hurt your friend and nearly killed you. As if that wasn’t enough to deal with, you’ve also been picked up by a shadowy organisation called NIRO who’s given you an ultimatum; work with them to fight against such monstrosities, or be left to burn in the sunlight. You’re not a vampire yourself, but in your current state you do share their weakness to daylight.

Of course, you don’t have much of a choice, do you? And so in the early hours of Akiba’s Trip: Hellbound & Debriefed you’ll be learning the methods employed by NIRO to combat these vampires, or ‘Shadow Souls’ as they’re known. Basically it involves stripping their clothes off to expose their soft, delicate flesh to the burning rays of the sun. It’s not as easy as just approaching a Shadow Soul and yanking their clothes off, however; for one, what does a Shadow Soul even look like? First, you’ll have to learn how to identify them, then wear them down so that it’s easy to grab and pull at their clothes – ideally without them ripping in the process.

Essentially an action RPG, Akiba’s Trip: Hellbound and Debriefed lets you loose on the streets of Akihabara, famous for its abundance of electronics, anime and game stores. There are multiple areas to visit, and you access them via a map rather than freely moving from one to another. It should also be noted that each area is fairly small in size – most are just small stretches of the same street. They are densely packed with civilians though, and by whipping out your special camera you can take a picture and identify those who are Shadow Souls – they don’t appear in photographs like normal people. 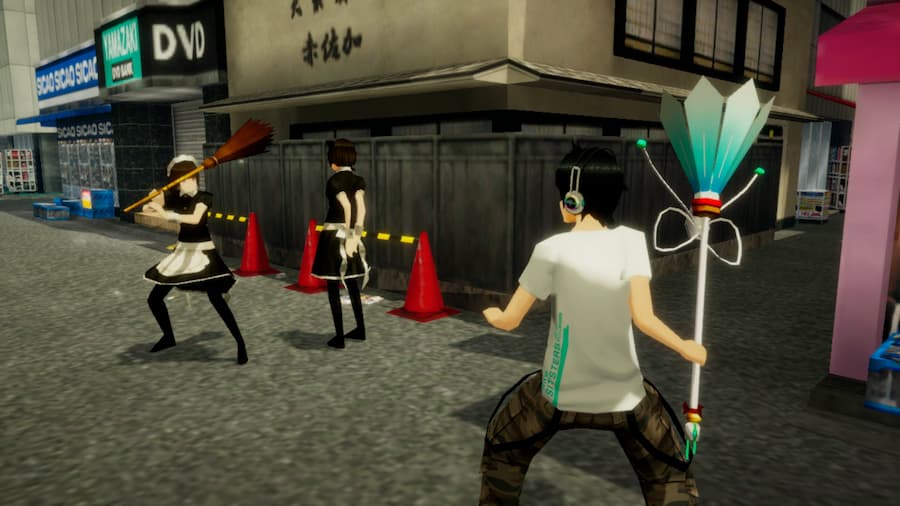 When it comes to combating these Shadow Souls, your first few hours with the game are likely to be frustrating. You can attack high, mid or low, and you’ll need to do all three to weaken your opponent’s clothing in each area. Then, when a prompt is displayed over their heads, you can press and hold the shown button to remove an item of clothing. Sometimes you get the chance to perform a strip combo, too, allowing you to remove multiple items of clothing if you’re fast enough on the button presses. It should be noted that you can also try to remove an item of clothing before an icon appears, prompting you to mash buttons like a maniac to succeed.

It’s just a shame that the combat feels so clunky and basic. At the start of the game all you can perform are basic two-hit combos and a power attack. When you’re going against an opponent one-on-one, it makes for boring tit-for-tat battles, but at least they’re relatively fair. The lack of a decent lock-on feature, and the aforementioned clunkiness makes fighting groups of enemies utterly frustrating, however. You’ll often struggle to hit, and strip, one specific target, and if you get knocked down and then surrounded by enemies, you’re in for a world of hurt as you struggle to get some space again. 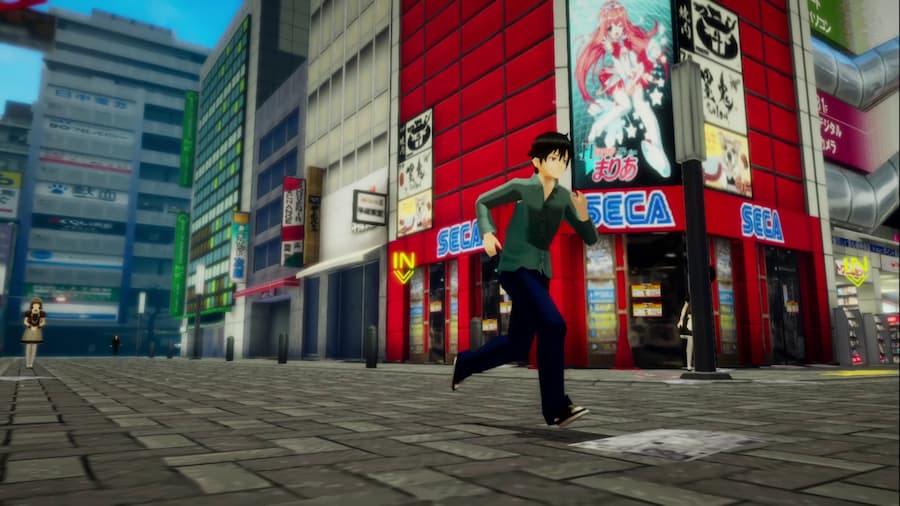 Things get a little better once you’ve acquired some money and bought some additional moves, but Akiba’s Trip: Hellbound & Debriefed‘s combat never becomes anything more than simply serviceable. Some might even want to drop the difficulty down to Casual, which strips out the need to attack high, mid or low to target specific clothing parts, while also lowering the difficulty of the combat. It lets you enjoy the best aspect of Akiba’s Trip: Hellbound & Debriefed: its kooky story, which also features branching story paths.

Most of Akiba’s Trips: Hellbound & Debriefed‘s story missions are short and sweet, simply tasking you to go to a place and kill a Shadow Soul or two. In between all the action, however, are bouts of dialogue, and depending on your choices the story can change quite a lot. Maybe you’ll decide that NIRO can’t be trusted, for example, and end up actually working for the Shadow Souls. Or maybe you’ll stay loyal to NIRO no matter the cost. It’s truly up to you, but you’ll have to live with your decisions. 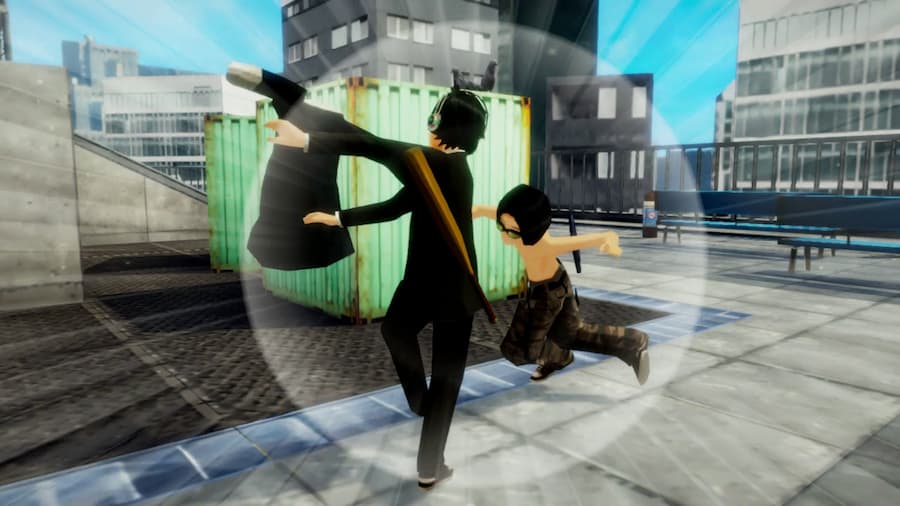 Of course, there are plenty of side quests to undertake as well, and you’ll probably want to complete a fair few of them to develop your character and acquire new equipment. Alongside other activities to engage in, and the fact that you’ll likely want to play through Akiba’s Trip: Hellbound & Debriefed more than once to seek out additional endings, you have a game that you could easily sink 30 or so hours in. Aside from the unrefined combat, the only thing that might deter you from doing so are the dated visuals; being a remastered PSP game, Akiba’s Trip: Hellbound & Debriefed sure looks dated.

Ultimately, it’s hard to recommend Akiba’s Trip: Hellbound & Debriefed to anyone but the most ardent of action RPG fans with a taste for Otaku culture. While its premise is genuinely interesting, as are the storylines that stem from it, the dated visuals and archaic combat will be big hurdles to overcome for most. For those who can see and work past them, however, there’s some fun to be had, albeit littered with some frustration. It’s just a shame that more hasn’t been done to bring this game up to today’s standards.

This review of Akiba’s Trip: Hellbound and Debriefed is based on the PS4 version (played on PS5), with a code provided by the game’s publisher. It’s available on PS4, Switch and PC. 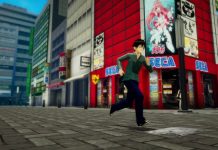