1Go for the head!

This list was originally published in 2019 and has been periodically updated since.

While many groan at the mere mention of zombies due to their over-saturation of modern media, by and large they’re still extremely popular.

AMC’s The Walking Dead TV series, for example, still attracts millions of viewers with each new episode, and zombie-based games, whether we’re shooting them or running away from them, generally tend to do well. For some reason, the majority of us just never get tired of zombies.

It’s perhaps because, as foes, they’re versatile. In some games they’re fast and vicious, making them very dangerous to go up against. In other games they’re slow and weak – the perfect fodder for being taken down with melee weapons and guns. But there’s always one thing that’s consistent: in groups, zombies become more of threat than ever.

On Xbox One, there are plenty of games available that feature zombies. If you’ve got limited time, however, you’re only going to want to play the best. And so for that reason we’ve put together a list of the best zombie games on Xbox One. All of these games featuring zombies stand out to us for some reason or another. So, if you want to play some games that are full of the undead, read on.

Want to support GameSpew? If you decide to try any of the games on this list, please consider buying them through our affiliate links. It won’t cost you anything extra, but we’ll get a small slice of the purchase. 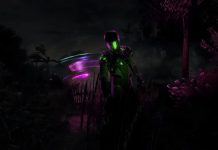 Dying Light is Getting a Gloriously Ridiculous Low Gravity Event