There’s a lot more to the 2019 remake of Resident Evil 2 than being a zombie game, but that’s the crux of it. Playing as Leon or Claire, you’ll battle your way through Raccoon City Police Department and a host of other locales, facing grotesque undead foes as you go.

True horror is the recipe of the day in Resident Evil 2. It’s less about battling through hordes of zombies as it is about carefully sneaking past freaky enemies. It’s tense, it’s terrifying, and it’s all the more brilliant because of it. We’re not sure exactly if Mr X counts as a zombie, but we’re not here to argue semantics. He isn’t fully human anyway, put it that way. And if he’s chasing after you, you better just run.

Resident Evil 2 should be applauded for making Resident Evil zombies scary again. They’re not very fast, but if you don’t pop them in the head they’ll just eat up your ammo. And if they grab you, you better hope you’ve got a defensive item available. Resident Evil 2 isn’t just one of the best zombie games on Xbox One, it’s quite possibly the best Resident Evil game of all time. 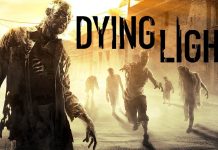