Rebellion’s Zombie Army Trilogy was great. But its follow up, Zombie Army 4: Dead War, is even better. It looks a hell of a lot nicer for one, but the gameplay has been dramatically improved, too. You’re still making your way through levels, fighting hordes of zombies as you go, but there’s more variety in the environments and action. It makes for a rollercoaster ride.

Zombie Army 4: Dead War‘s campaign, which can be played solo or in online co-op, is quite lengthy. When you’re done, you’re likely to return to it too; there are many ways to spice up the action on your second or even third playthrough. And then there’s horde mode to go at, which is just pure action. It pits you against more zombie soldiers than you could ever imagine. Needless to say, if you’re after the best zombie games on Xbox One, Zombie Army 4: Dead War is certainly one of them. 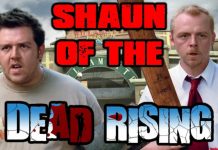