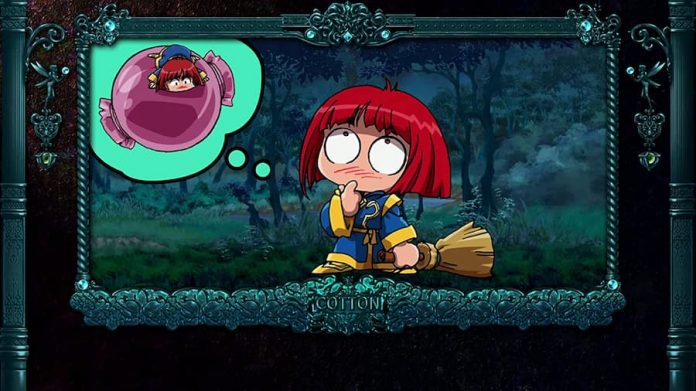 Released in Japanese arcades in 1991, it’s safe to say that Cotton: Fantastic Night Dreams was a hit with shoot ’em up fans.

Of course, it was ported to numerous consoles shortly after, and now Switch and PS4 owners can play a port of the X68000 version in the comfort of their homes thanks to Cotton Reboot!. It also includes something even better: an arranged version of the game with remastered visuals, additional features and a remixed soundtrack.

Being the first time Cotton: Fantastic Night Dreams has been available in the west, it’s a good idea to jump into the original X68000 version of the game first, just to see what we missed out on all those years ago. Obviously its visuals are a little dated now, and the gameplay isn’t quite as fluid as that found in modern shoot ’em ups, but on the whole it’s still fairly enjoyable. Once you’ve jumped into the new remastered – well, essentially remade – version, however, you won’t want to go back.

Playing the PS4 version for review, Cotton‘s revamped visuals are perhaps a little edgy but still a sight to behold. From the environments to characters, everything has been injected with an additional layer of detail and flair. In fact, you could at times say that there’s just too much going on. Between your attacks, your enemy’s attacks, and things going on in the background, it’s sometimes quite hard to keep track of what exactly is happening. Getting hit can follow, which isn’t exactly ideal. 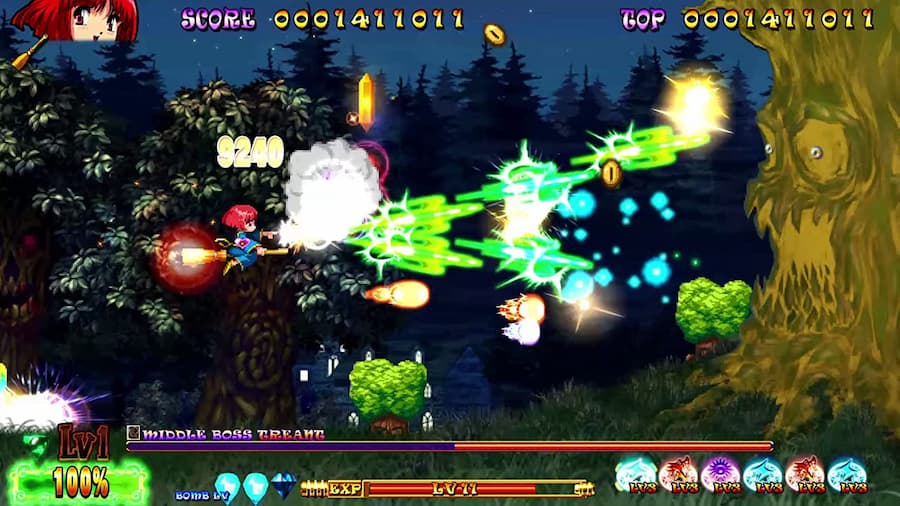 Needless to say, the action is frenetic. While Cotton plays like a fairly typical horizontally-scrolling shooter, there are a few quirks that make it stand out, though they all stem from the game’s jewel system. As you kill enemies, there’s a chance that a jewel might appear. Shoot at one, and you’ll notice that your shots are powered up and dispersed as they emerge from the other side. So, you’ll want to make use of this as much as possible in order to dispatch your foes with more haste.

Shooting jewels also makes their colour change, however, and depending what colour they are when you move into to them to pick them up, you’ll gain a variety of benefits. Pick one up while it’s yellow or orange and you’ll gain experience, making your shots more powerful. Pick one up when it’s red, blue, green or purple, and you’ll gain a stock of magic you can use later. There are two ways to use your magic, too, which produces different results. Score hounds will want to keep shooting jewels until they turn black though, at which point shots will no longer travel through them. Pick up a black jewel, and you’ll gain a bucket load of points. 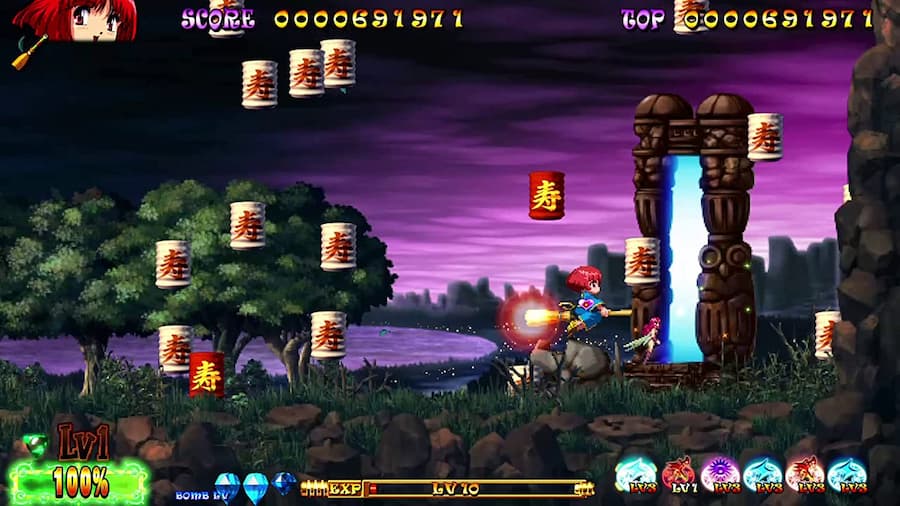 And there’s yet another twist: a jewel gauge in the bottom left-hand corner of the screen can be raised with skilled jewel play, raising the amount of points acquired for each enemy dispatched. Get hit yourself, and it will drop back down. Needless to say, there’s a lot of scope for skilled players to dramatically boost their score when aiming for places on the leaderboards. And with Cotton Reboot! having online leaderboards, it is something they’ll definitely want to do.

The story remains the same whether you play the X68000 or new version of Cotton; a tale of a witch, the titular Cotton, tricked into helping a fairy. Cotton has a sweet tooth, you see, and the fairy promises her that she’ll find numerous pieces of a candy called Willow that she absolutely adores if she accompanies her. It’s fairly amusing, but chances are you’ll find yourself skipping the story scenes after your first playthrough. 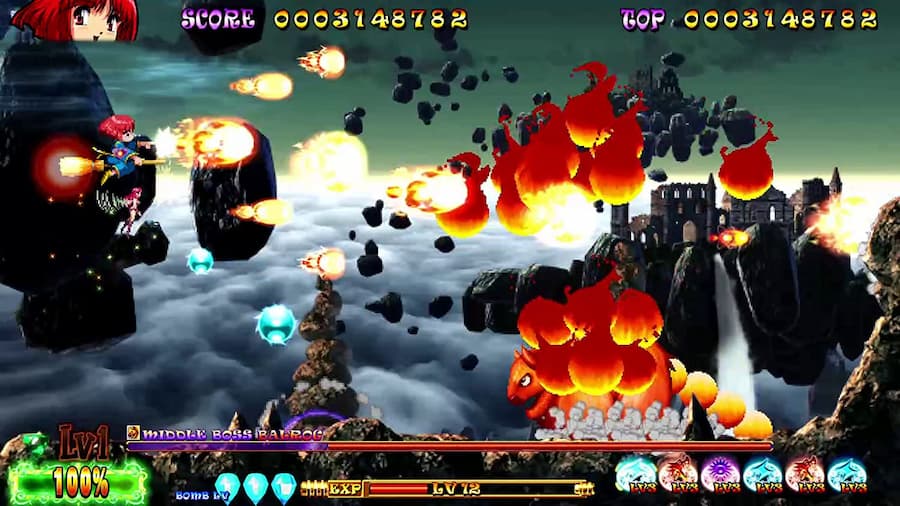 In terms of extras there’s little else but a time attack mode, that lets you play for two or five minutes in order to set as high a score as possible. It’s a bit of a shame, what with Cotton Reboot! meant to be a celebration of the series of sorts. There’s also the fact that it’s not cheap priced at £34.99/$39.99.

If you’re an ardent shoot ’em up fan, there’s no doubt that Cotton Reboot! is an attractive proposition. And if you’re the type that will replay it countless times in order to master its stages and claim a spot at the top of the online leaderboards, the price probably shouldn’t put you off. The fact remains that there are plenty of shoot ’em ups available that are just as good if not better, however, and many of them are cheaper. So, unless you’re chomping at the bit to play it, you might want to wait for it to go on sale.

This review of Cotton Reboot! is based on the PS4 version (played on PS4 Pro), with a code provided by the game’s publisher. It’s available on PS4 and Switch.