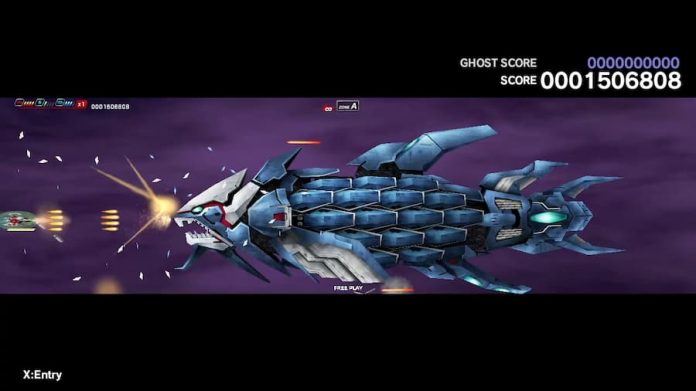 There’s been no shortage of shoot ’em ups released on PS4 and Switch recently, and now there’s another one to add to the pile: Dariusburst: Another Chronicle EX+.

Four game modes are on offer in Dariusburst: Another Chronicle EX+: Original, Original EX, Chronicle, and Event. Original is simply the arcade version of the game, allowing players to blast their way through a a trio of zones. There are 12 zones overall, but the player is able to determine the difficulty of the game by choosing one of three starting points and then branching to two more zones from there. Original EX mode is essentially the same, only meant for expert players; the difficulty level is turned up a notch accordingly.

Chronicle mode is the real meat of the package, offering up a huge number of missions for players to complete. Navigating a map, you’ll find that there are many planets spread across multiple star systems, and its your job to liberate them from alien threat. Each mission will have you playing through multiple zones, and there are multiple missions to complete on each planet. Needless to say, there’s hours of shoot ’em up fun to be had.

Consisting of time-limited missions from the arcade, plus exclusive new EX+ missions Event mode will perhaps prove to be the most interesting feature of this collection for series fans. Ultimately, however, there are only 21 missions in all, and so it may not prove to be quite the draw that some were hoping for. Especially when considering many missions are just variations very similar to what’s available elsewhere in the package. 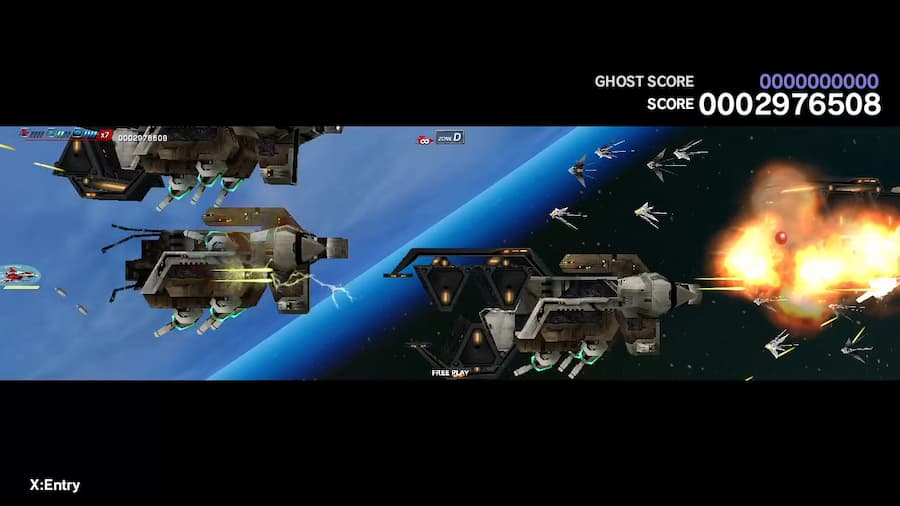 There’s plenty to go at in Dariusburst: Another Chronicle EX+, then, and the gameplay is pretty stellar, too. Anyone that has played a Darius game before will know what to expect; intense horizontally-scrolling shooter action, with a brilliant soundtrack and interesting aquatic-based enemies. The bosses in particular are noteworthy – not only for their unique visual design but also for the epic battles they provide.

For newcomers though, Dariusburst: Another Chronicle EX+ isn’t very welcoming. There are no tutorials whatsoever; the most you’ll get is a loading screen explaining a feature or two. Thankfully the mechanics aren’t too hard to pick up by trial and error, but it’s a real shame that more hasn’t been done to make this package more accessible. Some will have no idea what changing the cabinet in the options menu does, for example, as it isn’t explained at all. 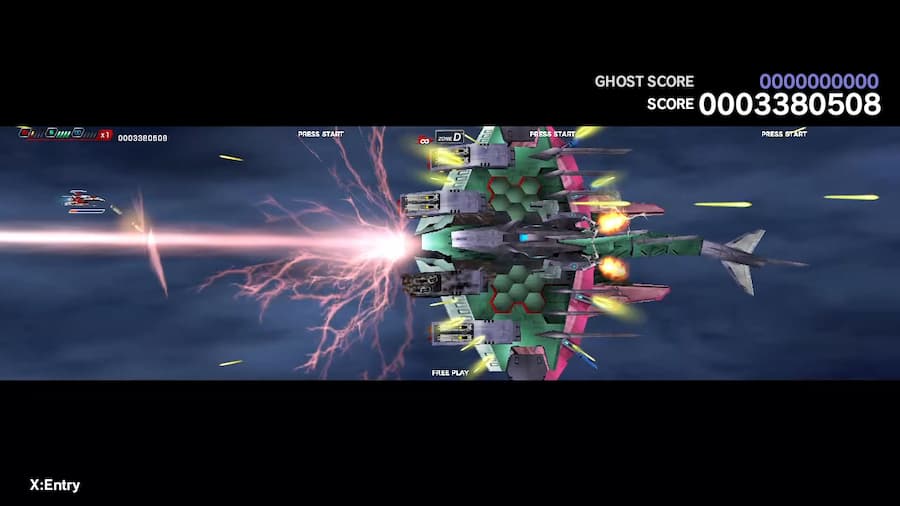 Dariusburst: Another Chronicle EX+ has another, more serious problem, however, and it’s related to its arcade roots. If you played Dariusburst: Another Chronicle in the arcades you might have been wowed by its dual-screen display, creating a fantastic panoramic view of the action. Unfortunately it doesn’t translate very well to console. Playing on PS4, the gameplay is confined to a thin strip in the middle of the screen, making some text very hard to read, and enemy bullets difficult to make out and keep track of.

If you have a giant TV, or sit pretty close to your screen, you might not find the limited playing area too much of a hindrance, but it’s really not ideal. It must be pretty much impossible to play in handheld mode on Switch. There are no options to change the screen format, either. Hell, you can’t even make the black bars at the top and bottom of the screen more appealing via optional wallpapers. 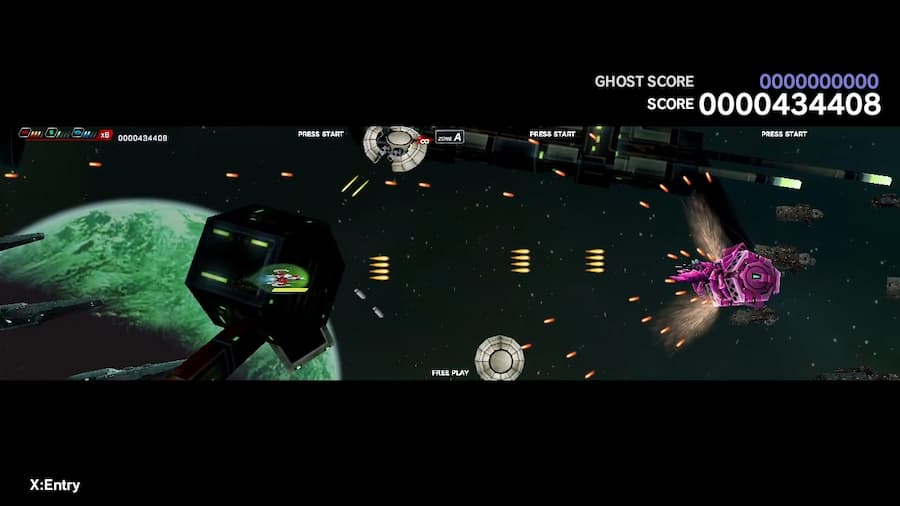 The existence of Dariusburst: Chronicle Saviours on PS4 means that this release is pretty much defunct on the format, really. It features the Original, Original EX and Chronicle modes, all the same, as well as a single-player Chronicle Saviours mode. Even better, Chronicle Saviours mode is designed for single-screen play, allowing you to really get the most out of your screen real estate. If you haven’t already played it and are after some Dariusburst action, that’s the one to buy on PS4. On Switch, you’re probably just better off not bothering.

So, Dariusburst: Another Chronicle EX+ is a bit of a disappointment, then. The core gameplay still shines, the visuals hold up despite their age, and the soundtrack kicks ass, as ever. Event mode pales in comparison to Chronicle Saviours mode though, and the whole affair being presented in the original arcade format does it no favours whatsoever. Throw in a steep asking price, and you have a game that you should think long and hard about before splashing your cash.

This review of Dariusburst: Another Chronicle EX+ is based on the PS4 version (played on PS4 Pro), with a code provided by the game’s publisher. It’s available on PS4 and Switch.