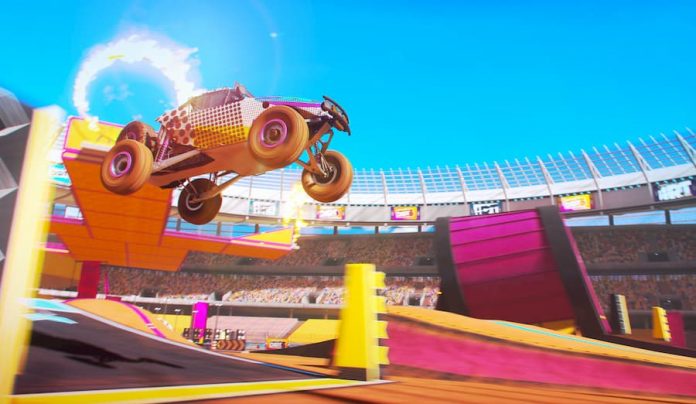 Race-em-up Dirt 5 is getting a wealth of new content next week.

Arriving July 20th, some of the new content is paid DLC, while some arrives as a free update, dubbed Update 5.00. The latter update will be of special interest to Playstation 5 owners since, while the update hits all consoles, it adds a couple of cool PS5 features.

Post-update, Dirt 5 will fully utilise DualSense controllers, including haptic feedback and will also have 3D audio support. The update will also add two new Brazilian tracks, São Conrado and Rio Seafront, along with their reverse variants. Or you can just drive the wrong way round the track, we’re sure no-one will mind.

The Super Size Content Pack, on the other hand, isn’t free, but it will add four new cars including the ridiculous, bulletproof Rezvani Tank. If you purchased the Amplified/Year One Edition of Dirt 5, the cost has already been factored in so you won’t have to pay. But if you bought the regular, vanilla edition of the game, you’ll have to fork out if you want the new cars. The pack will also include new customisation items, lanyards and so forth.

Finally, there’s the Parts Unknown Playgrounds Update, which will add new UFO-themed parts to create mode, giving you the chance to add an alien flavour to your tracks. Google Stadia won’t be getting the new content just yet but for everyone else it’ll arrive this July 20th on PC, PlayStation 4, PlayStation 5, Xbox Series S/X and Xbox One.