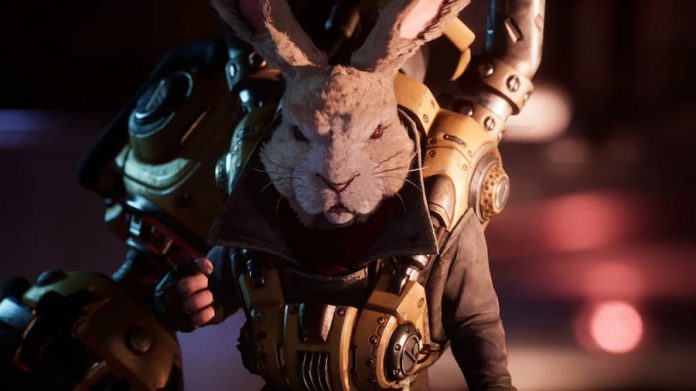 F.I.S.T. Forged in Shadow Torch is a “dieselpunk Metroidvania” that’s set to release later this year.

That, initially, seems like a good thing. Certainly, going by the trailer F.I.S.T. looks like it could be fun. It casts you as Rayton, an anthromorphic rabbit whose friend has been kidnapped by in invading force known as Legion. Faced with choosing a weapon, he plumps for a huge mechanical fist that makes Overwatch’s punchiest character look underequipped.

Aside from just smashing enemies in the face with your mecha-fist, which we’re hoping is named Thumper, you also get to upgrade its capabilities which is where the Metroidvania element seems to come into play. Swap your fist out for a drill and you’ve got a tool that can tunnel through rock, potentially unlocking new areas.

No, what gives us reservations about F.I.S.T. is whether we’ll be able to make it through a review with a straight face. Just hearing the title sent us into a fit of schoolboy-style giggling and this news piece alone proved problematic. Maybe if we refer to it as Punchy McGee, that’ll help.

F.I.S.T. Forged in Shadow Torch will be released this September 7th as a Playstation 4 and Playstation 5 exclusive.