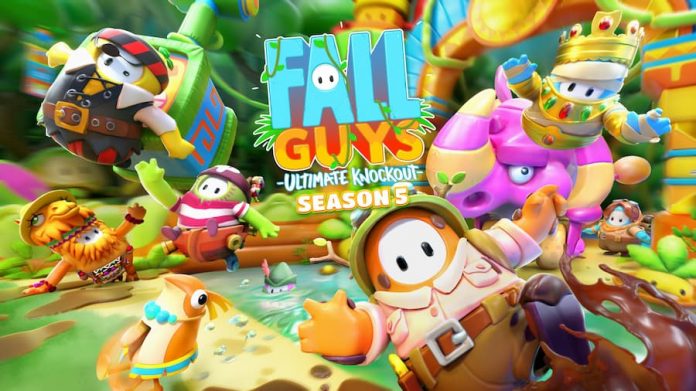 This new season, which is set to arrive sometime over the next few hours, adds extra skins, challenges and more to the multiplayer knockout game. As revealed by the trailer that dropped yesterday, Season 5 adds:

Costumes aside, which you have to pay for using crowns so forth, all the content will be available for free, meaning that when you next jump into Fall Guys: Ultimate Knockout you could find yourself facing some unfamiliar, jungle-style challenges.

But hey, what’s the worst that could happen, apart from getting knocked out in the first round, falling down the same hole several times in the row, being annihilated by a pink rhino…

Fall Guys is available on PC and PlayStation 4, with a Switch, Xbox One and Xbox Series S/X release to arrive later.