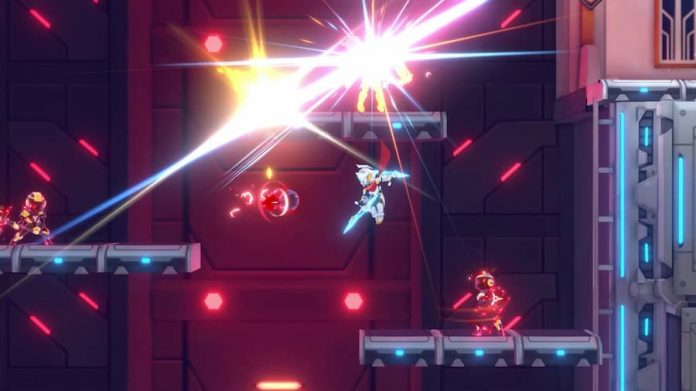 Take the Mega Man series and combine it with the legend of the Knights of the Round Table and you have Fallen Knight, a challenging 2D platformer developed by Fairplay Studios.

Fallen Knight pits players against The Purge. No, it’s not that Purge; rather, it’s a group of terrorists that are threatening the otherwise peaceful Neo Utopia. The main campaign puts players in charge of Lancelot, and after springing into action for their first mission against the Purge can then choose their next target as they see fit. And for those looking for a real challenge, there’s an alternative campaign in which you take control of Galahad. A Boss Rush mode is thrown in for good measure too.

Lancelot’s campaign in Fallen Knight plays out like your typical action platformer. Moving from one stage to the next, you navigate platforms while dispatching troublesome foes, and at the end of each stage lies a sturdy boss for you to overcome. Upon beating each boss you acquire a new ability, too, further expanding your combat abilities and making your path ahead that bit more manageable.

There’s an RPG twist too; the points earned at the end of each stage can be used to buy a decent range of skills, as well as health and energy upgrades. Those skills can then be equipped, though since each one requires a certain amount of your precious energy, your choices need to be considered. You might opt to give Lancelot the ability to double jump and dash in the air, for example, or allow him to heal faster while also restoring more health. The choice is yours.

Jump over to Galahad’s campaign and instead you’ll find a roguelike twist. Before each run, a selection of skills are offered to you, or you can select from those you’ve already purchased with credits you’ve acquired on previous runs. A range of persistent upgrades are available too. But once you’re out in the field you only have one life. Die, and you’ll have to start right back at the beginning again. 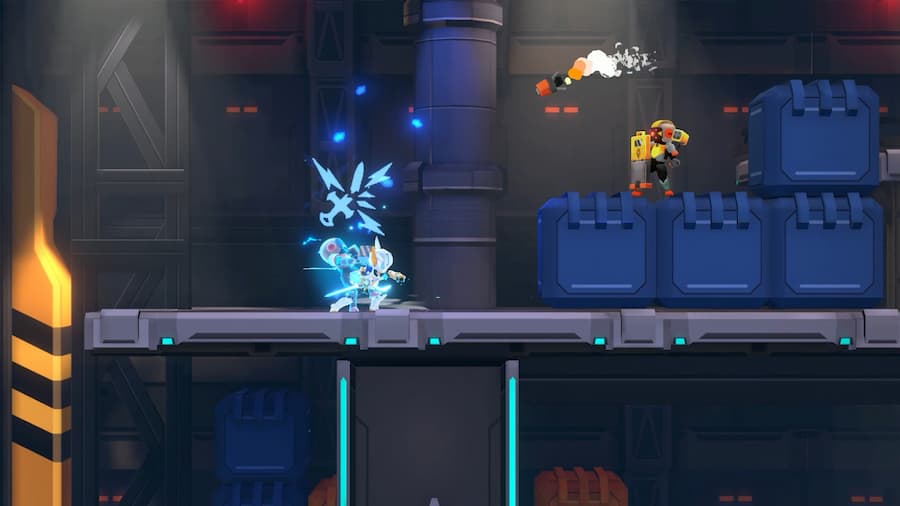 Regardless of which campaign you find yourself in, you’ll discover that central to the Fallen Knight experience is its parry and disarm/assassinate feature. By pressing the attack button just as an enemy’s eyes flash red, you can parry their attack. Press the attack button again while they’re in a stunned state, and you’ll either non-violently disarm them or assassinate them depending on your character. You can even disarm and assassinate bosses, too, if you’re skilled enough. At the time of writing, however, PS4 trophy data shows that I’m not the only one who finds it pretty much impossible.

There are problems with the parry and disarm/assassinate system during normal gameplay, too. While enemies equipped with melee weapons tend to get right up in your face before readying to attack, presenting you with a parry and disarm opportunity, those equipped with shields and guns instead require you to move in close. It takes just enough time for them to cease their ranged shenanigans and instead switch to a melee thwack for it to totally break the flow of the action. You can simply choose not to disarm them, but by doing so your score will suffer. It’s also Galahad’s only method of healing. 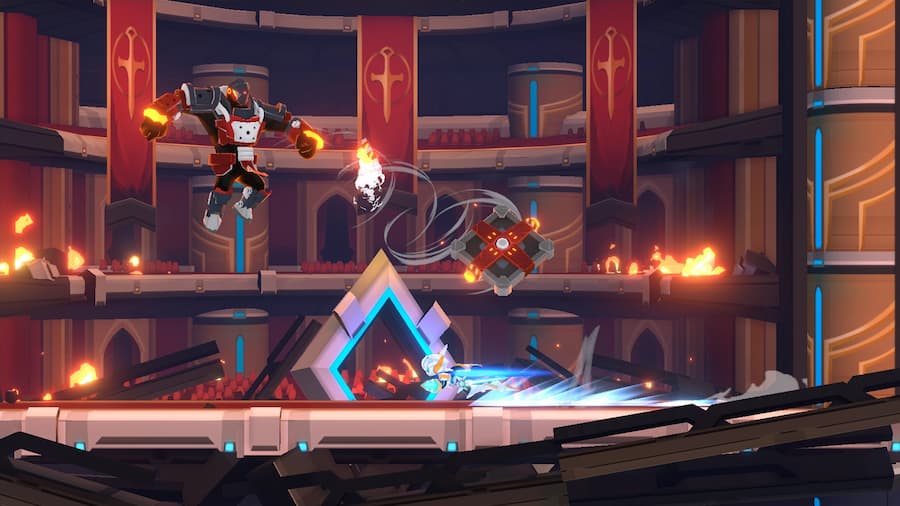 And there’s another issue you’ll encounter during gameplay: unwieldy controls. Both movement and combat in Fallen Knight feel a tad clunky, putting a barrier between the player and the action unfolding on screen. Even worse is Lancelot’s and Galahad’s stickiness; their ability to grab onto and run up walls means that jumping to avoid projectiles when you’re near walls and platforms often becomes a farce. Eating a bullet is probably favourable to jumping to avoid one, then getting stuck of a wall or ledge as you eat yet more bullets trying to jump or drop to safe position.

It’s the bosses of Fallen Knight that prove to be the highlights of the adventure. One or two of them are irritating, but for the most part engaging in one-on-one combat with them is an enjoyable affair. You’ll need to learn their attack moves and master your own if you want to emerge victorious against them on anything other than Casual difficulty, which is only available to Lancelot and provides you with a formidable set of skills from the outset.

It’s clear that love has been put into the making of Fallen Knight, what with its attractive character designs and duo of campaigns, each with their own twist. It’s just a shame that the gameplay doesn’t quite hit the mark. Once you’ve unlocked a decent range of skills you can have more fun with Lancelot and Galahad, but even then the clunky controls and awkward parry system will frustrate.

This review of Fallen Knight is based on the PS4 version (played on PS4 Pro), with a code provided by the game’s publisher. It’s available on PS4, Xbox One and PC.