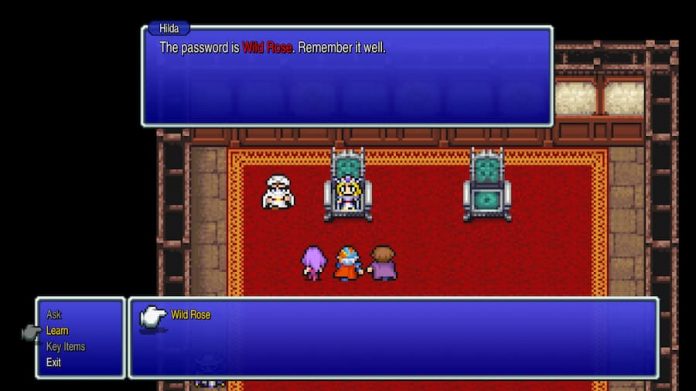 Final Fantasy I, III and III have been remastered and are arriving on Steam and mobile platforms at the end of July.

And yes, we do mean Final Fantasy I, III and III, there’s none of the weird numbering system that resulted in Final Fantasy VI being called Final Fantasy III when it hit the West. The art has been completely drawn, the soundtracks have been rearranged and, in short, they’ve been given a proper makeover.

All this has been done under the supervision of Square Enix, who have dubbed the games the Pixel Remaster series. Remasters of the next three games are also in the works, and you can purchase the entire series as a slightly pricey bundle on Steam. However, there are some people who are not entirely happy.

“So what’s the big deal?” you might wonder. “It’s the internet. Someone’s always unhappy.” It’s true that a few people aren’t absolutely on board with the “new” look of the characters but, by and large that’s not the issue. The problem, and we think those complaining are entirely justified, revolves around the Pixel Remaster series’ choice of font.

The font used in the western versions of the remasters, as seen so far, presents accessibility issues. Unlike the Japanese versions, the font is tiny and compact, especially compared to the original. So if you don’t have the visual acuity of The Terminator, you might find yourself straining to see the text and if you have a specific vision impairment you could have major problems.

Right now, there’s no news from Square Enix as to whether the remasters will allow you to change the font size or if such a feature will be patched in. But when you’ve got sites like Can I Play That? raising accessibility awareness it’s odd this didn’t occur to anyone. We’ll keep you updated if Square Enix decide to patch in something less eye-annihilating.

Final Fantasy I, II and III will arrive on Steam, iOS and Android this July 29th.