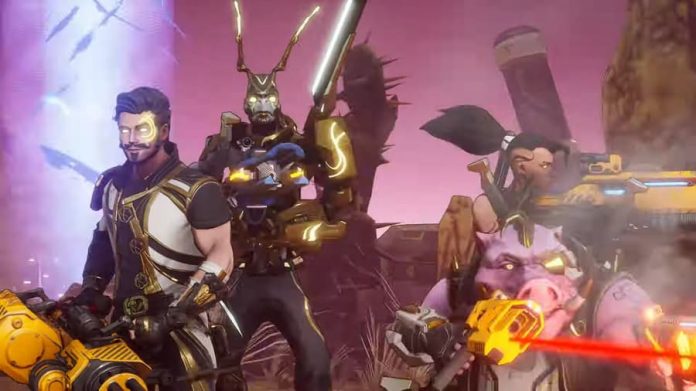 You won’t find us complaining. We love Diablo, and we also love Borderlands. We love twin-stick shooters, too. And so Space Punks, currently in development by Flying Wild Hog, is very much our cup of tea, so to speak.

A top-down looter-shooter, Space Punks aims to offer crazy, over-the-top action in an irreverent sci-fi setting. Players will take on contracts across a range of far-flung planets in an effort to acquire fame and glory, because what other reason is there? And presumably, as they gear up, they’ll be able to take on tougher contracts that offer better rewards.

It appears there will be four characters to choose from, each with their own special abilities. Visually, they all appear to be wonderfully designed and unique, too. Flying Wild Hog is hoping that the gameworld itself also captures the imagination of players, with it designed to be living, breathing and ever-changing.

You can catch a quick look at Space Punks via the announcement trailer below, set to the track Original Prankster by The Offspring. It seems to set the tone for the game perfectly. Space Punks will enter Early Access on PC on 14th July, so those keen to go hands-on with it won’t have to wait long. An open beta is also planned for winter this year, while the game will release on consoles in 2022. We honestly can’t wait to try it.