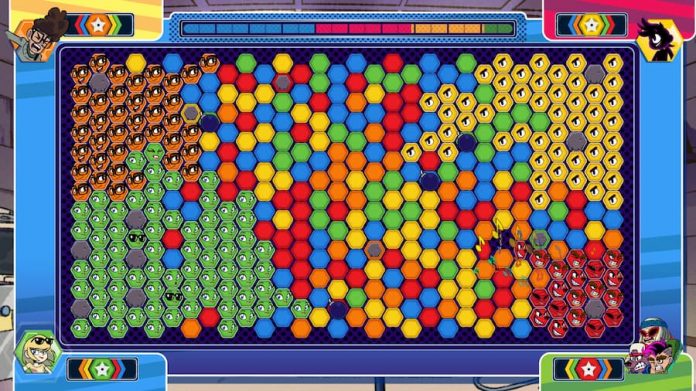 Competing with the likes of Tetris and Puyo Puyo, Indigo 7 aims to create an equally-as-addicting puzzle game.

Indigo 7: Quest For Love very much marches to the beat of its own drum. It isn’t concerned with falling shapes or matching up tiles. Instead, it’s all about changing the colour of hexagonal tiles that fill your play board. Your goal is to claim each and every tile on the board by changing them all to be the same colour. Starting from one uncoloured tile in the bottom corner, it’s up to you to tactfully change your colour until you’ve claimed all of the tiles.

If two blue tiles are touching your starting tile, using the colour selector and choosing ‘blue’ will then change all three tiles to blue, therefore claiming them. You then might have an orange tile touching your little cluster of blue, which itself is connected to more orange tiles. Change your colour to orange, and all of those tiles become yours. It’s a very simple premise, but it’s one that Indigo 7 attempts to make more complex by adding in a combo scoring system.

Unfortunately, it’s with the combo scoring system that Indigo 7: Quest For Love completely falls down. Your score multiplier will increase every time you claim tiles, but only if the amount of tiles you’re claiming is more than last time. In principle this makes sense, but in practice it’s impossible to maintain a multiplier as you keep playing. The nature of the game means you’ll have smaller and smaller groups of coloured tiles once you’re more than half way through. 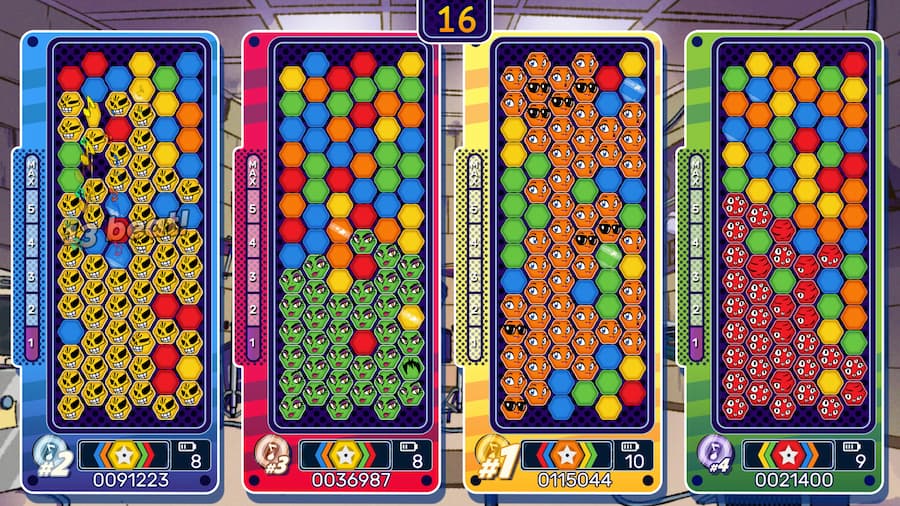 In some game modes – and happily, Indigo 7 packs in several – your score doesn’t matter, so the combo multiplier can be ignored. But in others – typically when you’re playing against the CPU – your score is the only thing that matters. You can win every round by finishing first, but if you don’t manage to keep your multiplier up, you’ll end up in last place in terms of points. It’s completely nonsensical and at times, makes the game incredibly unfair and hard to beat.

If you’re playing alone, you’ll likely find yourself gravitating towards the ‘Adventure’ story mode. Cutscenes intersperse gameplay sections, in which you’ll play a range of different modes. Sometimes you’ll be battling against the CPU – where you’ll undoubtedly struggle with that combo multiplier mechanic – but other times you’ll be playing 1 vs 1, vying to take over the most control of the same game board; or racing against the clock; or trying to complete the game in as few moves as possible. The range of game modes is welcome, and the story framing it in Adventure mode is fun, too. Presented in nicely-drawn comic book cells, you’ll follow a group of friends over the course of a summer, dealing with tales of friendship and love. 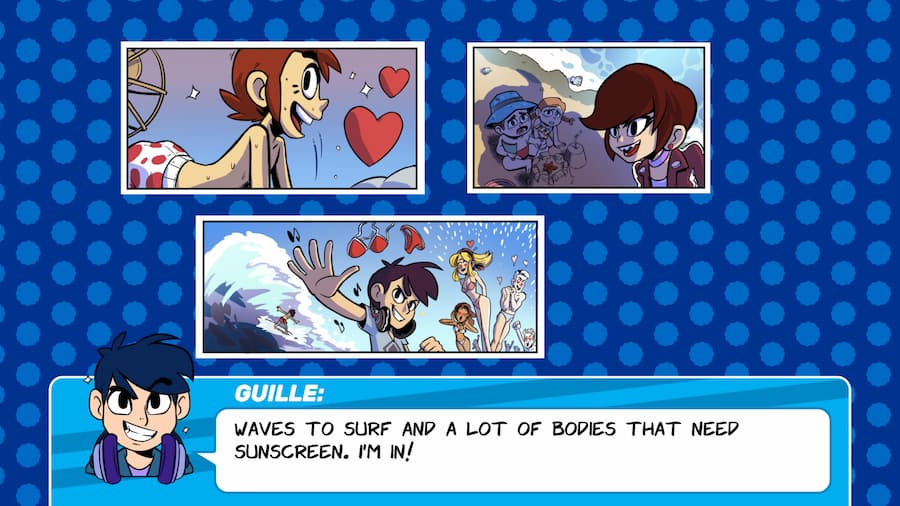 Outside of Adventure mode, you can jump into any one of the game’s modes freely. You can tinker with some settings, choosing how many colours are in the game (the more colours, the harder Indigo 7 becomes) along with some other tweaks. There’s also the option to play multiplayer, though you’ll need local friends – sadly, there are no online options here. Up to four people can play together, all competing against each other for the highest score. It’s entertaining enough, but it’s not likely to hold your attention for very long.

I applaud Indigo 7: Quest For Love for trying something different. It’s a fun enough puzzle game that fans of Tetris and Puyo will be interested in, and its presentation is charming and eye-catching. Sadly it’s let down by a poorly thought-out scoring system, which is likely to bring any enjoyment of the game to a premature halt.

This review of Indigo 7: Quest for Love is based on the PS4 version of the game, via a code provided by the publisher. It’s available on PS4, PS5, Xbox One, Xbox Series X/S and Switch.