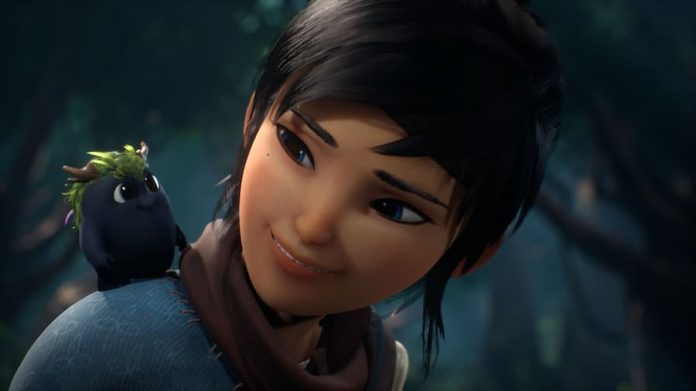 Kena: Bridge of Spirits has been delayed until September.

Despite the name, Kena: Bridge of Spirits isn’t about crossing a canyon using only the contents of your local off-licence. Instead, it’s an action-adventure game that has more than a dash of Pikmin. It sees you, as protagonist Kena, helping people cross to the spirit realm, aided by small, adorable creatures known as “The Rot”.

We previewed it in June, and were very impressed, stating, “It’s a gorgeous game, with visuals and character designs that give Pixar a run for its money.” While it will be hitting the PC, it’s a PS4/PS5 console exclusive and, up until now, was on course for an August 24th release.

But yesterday, developer Ember Lab tweeted that Kena’s adventures have been pushed back until September 21st, to allow them to add more “polish” to the game.

We’re still looking forward to exploring Kena’s world and we can certainly wait a month. Plus, given it’s their first commercial game, Ember Lab will be looking to make a good impression.

You can get your hands on Kena: Bridge of Spirits this September 21st on PlayStation 4, PlayStation 5 and PC (via the Epic Games Store) .