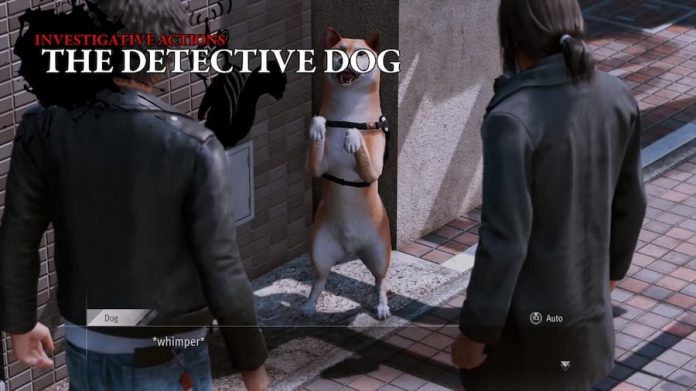 Dubbed “The Detective’s Toolkit”, this trailer shows protagonist Takayuki Yagami doing his detective thing, featuring a mixture of new and old skills. Stealth, for example, is more developed, compared to the original Judgment; you’re not just tailing people, you get to throw coins to distract lurking guards. Granted, Hitman’s Agent 47’s has being doing that for years, but given Judgment and Lost Judgment are Yakuza spin-offs, that’s still an achievement.

The trailer also reveals that Tak will be going undercover at a school. We had a brief moment of horror when we hit this revelation but, mercifully, he’s not going to be dressing as a student. Instead, he’s taking a leaf out of Buffy the Vampire Slayer’s book and posing as a guidance counsellor; combat’s still a factor so, aside from playing the Sonic the Fighters mini-game, you’ll get to punch teenagers in the face.

So far, so good.. but then there’s this, the shocking revelation that’s shaken our faith in Lost Judgment, even though we loved the hell out of the original. You’re given a fluffy companion to help you with your detective, a Shiba Inu, which the game calls.. The Dog Detective.

Really? Come on, Ryu Ga Gotoku Studio, how can you drop the ball like that? How can you call them The Dog Detective when Dogetective is right there? How could you let us down like this? How?

Lost Judgment arrives on PlayStation 5, Xbox Series X|S, PS4 and Xbox One this September 24th with the digital Ultimate and Deluxe editions unlocking three days early. We’ll do our best to forgive this betrayal by then.