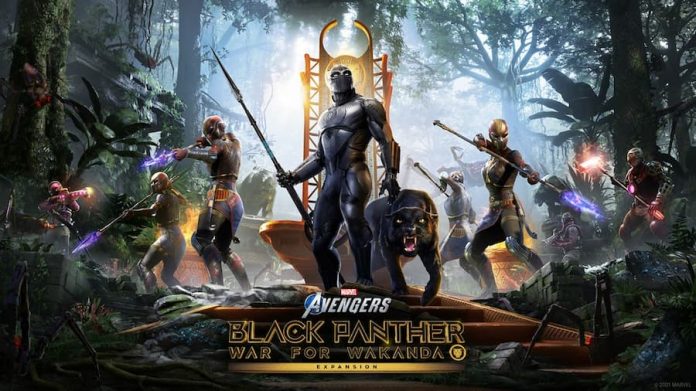 Marvel’s Avengers is going to Wakanda this August, courtesy of the upcoming Black Panther – War for Wakanda expansion.

The expansion, like all of Marvel’s Avenger’s expansions, will be free and as the title suggests will introduce make Black Panther a playable character. However, it will also introduce a new Wakandan environment including the Birnin Zana Outpost and, on top of that, it will add two new villains.

If you’ve not seen Marvel’s Black Panther movie or have missed out on the comics’ Wakandan storylines you might wonder what the fuss is is about Wakanda. It’s an isolationist African country that’s way ahead of the rest of the world in terms of technology and is, in fact, where the adamantium that layer’s Wolverine’s skeleton comes from.

So will be be seeing a lot of Wakanda? Probably not, just enough to provide a battleground for this expansion. But if you’re a Black Panther fan (we still haven’t got over him and Storm breaking up) or are dedicated to completing every single piece of Marvel’s Avengers content that Square Enix can throw at you it could be right up your street.

Black Panther – War for Wakanda will arrive on August 17th on PlayStation, PC, Xbox and Stadia and you can get a sneak preview by watching the Crystal Dynamics Twitch Channel at 6PM BST this August 16th.