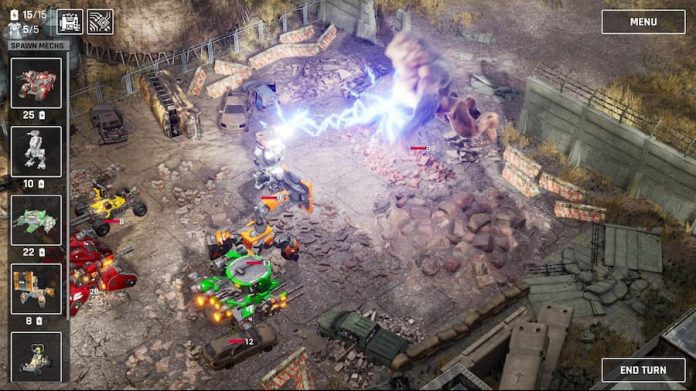 As members of CAMRM, the Campaign for Real Mechs, we’re happy to report that Mech Armada is arriving in Early Access this August.

Sure, this turn-based PC strategy game has tiny little mechs that you could fit in your garage, but it also looks to have plenty of big stompy mechs, the kind that, while slow, could put a hole through Godzilla. Sure, jet-powered, energy sword wielding robots or okay but there’s something about the heft of a tank-on-legs that really appeals to us.

And, while Godzilla doesn’t technically make an appearance in Mech Armada (unless someone chooses to mod him in), your robots are pitched against all manner of other nasties, including a sandworm that’s right out of Dune. We hope these mech-pilots (or AIs) will be bringing their brown trousers.

Aside from just fighting the monsters you also get to mess about with your mechs load out, giving you the opportunity to create a formidable fighting force. Or, if this is anything like our experience with X-Com and its ilk, stupidly forget to bring the one weapon that could have turned the tide.