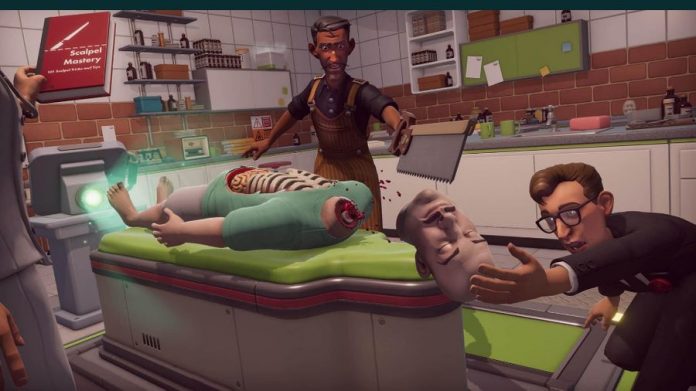 Surgeon Simulator 2: Access All Areas is coming to Xbox and Steam this September.

Hang on a minute, though.. didn’t that get released last year? Yes, it did. However, it was an Epic Games Store exclusive and now that exclusive has expired it’s getting a Steam release, along with an Xbox version.

The game will see you, either solo or co-op, conducting surgery on patients and doing your best not to have any bits left over. Yes, Surgeon Simulator 2, like the original, is not a serious game, not when you can crack people’s torsos open with a DIY hammer and fling their organs around the operating room.

The updated Access All Areas version adds extra content that was, originally, released over the course of the year for the Epic Games Store version. So if you’re looking to dive into Surgeon Simulator 2, this is as good as it gets.

But will it be enough to make Surgeon Simulator 2 really worthwhile? We weren’t all that impressed when we reviewed it, not least because it lacked the variety of its predecessor. Yes, you were roaming around a hospital instead of being glued to the floor, but the operations were too samey.

Still, if you can rope some friends in, Surgeon Simulator 2: Access All Areas could be worth a look. It’s set to arrive on Xbox and PC via Steam this 2nd September.