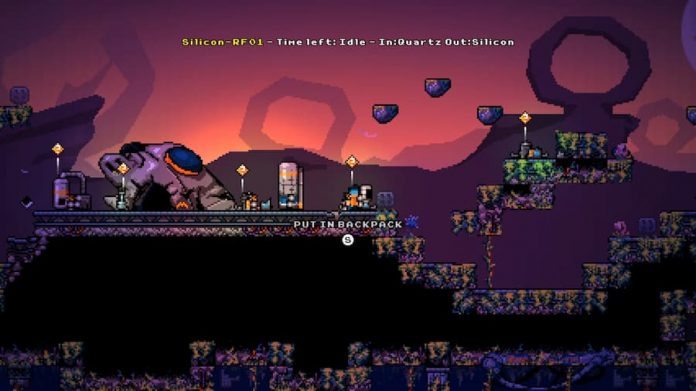 Procedural survival platformer Residual is crash-landing onto PC and consoles this September.

Residual, which reminds us of a modern day Exile, is being published by the recently reformed Apogee Entertainment and has been developed by OrangePixel. It sees you landing on an alien planet with next-to-nothing to your name. You do have a small sliver of assistance in the shape of Petey Bot, your robot companion though, based on the trailer so far, he’s likely to drive us to madness before starvation kicks in.

Aside from finding food to shove in your face you’ll have to figure out power, shelter and so forth if you want to have any hope of getting off the rock. Since the planets are procedurally generated no two adventures should be the same though we’re curious as to how that’ll affect the game’s difficulty. Could one player get a planet that’s an absolute cake-walk, while another is on planet Hell?

Residual will be released this September 9th on PC, Xbox and Nintendo Switch, with a PlayStation release to follow later.