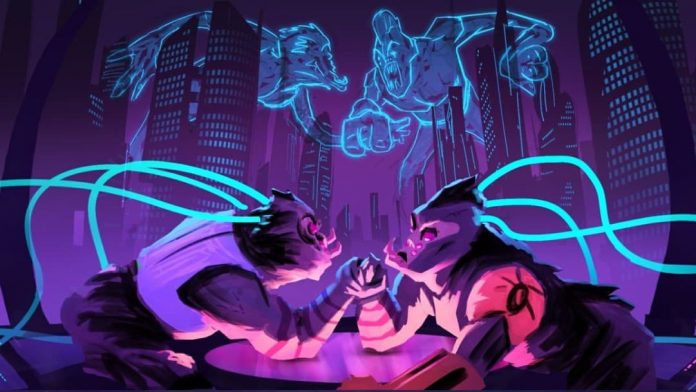 What do Doom Eternal and The Fermi Paradox have in common? Both had me screaming “WHY WON’T YOU DIE?” at the screen.

That’s not how I thought my second playthrough would go. I abandoned my first run, Dolphins VS Murdervultures, because I was waiting for The Fermi Paradox’s next update which added the ability to save your game. But this Steam Early Access title, which takes its name from the contradiction between the high probability of alien life and the actual lack of evidence, is full of surprises.

The biggest surprise of all is just how hard it is to keep a civilisation from self-destructing. Sure, there’s the risk of asteroids and so forth, and the game will always alert you to potentially world-changing events such as one of your “alien” species entering a new technological age. Outside of that it’s up to you how much you get involved, whether you stay on the galaxy map or zoom in to manage non-critical developments.

But the real problems stem from things like over-population; The Fermi Paradox is billed as a narrative strategy game and while it’s never obtuse, you’ll need your wits about you. You’re not God and, thanks to the “Synthesis Points” you accumulate, your powers are limited. You can spend points to stop a planet starving to death or fighting over valuable minerals but next time around, you’ll be absolutely stuffed.

That’s what lead to my outburst, praying that the semi-random events the game threw at me would allow me to cull the population before their resources were exhausted. Tough choices doesn’t begin to cover it. I’d gone from eagerly anticipating my role as “galactic gardener” to wishing I had Thanos’s Infinity Gauntlet to hand. Between this and inventing the internet, turning one planet’s population into mouse potatoes, I was thinking about handing in my notice. 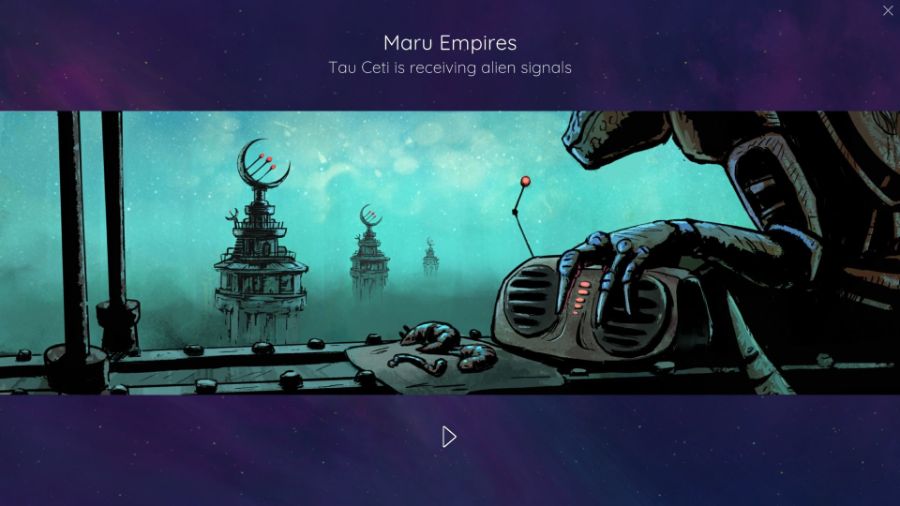 Yes, I came close to throwing my keyboard out of the window once or twice, but watching each species develop was completely gripping. The ultimate aim of The Fermi Paradox is to guide four civilisations to “The Singularity Age”. I haven’t got anywhere near but I was still astonished how things worked out and how it changed my own attitude to my charges.

Take my plant race. I’d intended them to be a peaceful race while my other species, some sort of gaseous being (I was never entirely sure) would be warlike. I’d pushed them in that direction from the word go, with the intention of of leading them to war. Yes, I’m an awful person, I freely admit it.

But as the gas beings developed they were struck with a disaster that brought them low; it became apparent they wouldn’t survive so, faced with writing them off as a bad job, I decided instead to push them down a more peaceful path, so they could gather the resources they needed to survive and the science they’d need to grow their population.

Meanwhile, I was actively leading the plant-people into civil war, just to thin out their numbers. It was only when I sat back that I realised what a monster I’d become, applying some horrible blend of population culling and enforced Darwinism. I’d turned this once-peaceful world into a meatgrinder. Sure, they made it into space later but that choice still haunts me. My next run will be much more ethically sound. Probably.

And there will be another run, and another, such is The Fermi Paradox‘s appeal. My one gripe would be that there’s not really enough variety in the ways the species are described, so the game didn’t account for the fact that my dolphin race’s cities would be underwater, unless it assumed they’d evolved legs. But given it’s still early days for the game and that developer Anomaly Games has taken on a team of experienced writers I’m happy to overlook that for now. 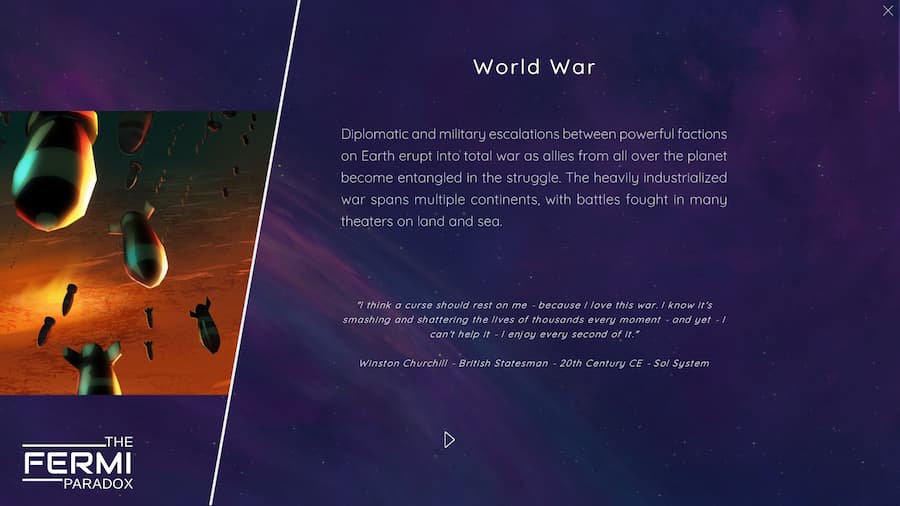 Despite (or perhaps because of) the trials it threw at me, The Fermi Paradox had me absolutely hooked. Yes, the art is gorgeous but once it’s caught your eye it’s the genre-blending core gameplay that will reel you in. Even in its Steam Early Access incarnation, The Fermi Paradox is well worth diving into and the foundation for what could be a truly fantastic game.

The Fermi Paradox is available now on Steam via Early Access. 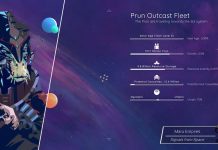 The Fermi Paradox Will Make You a Galactic God