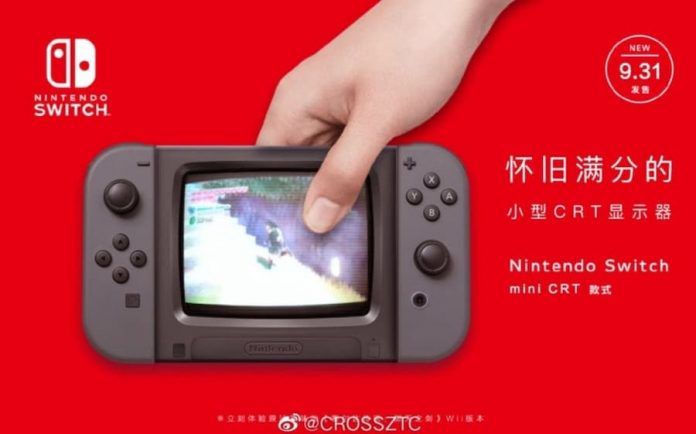 Sure, most people have been fussing about the Nintendo Switch OLED, but it’s the Switch CRT that’s really caught our eye.

It’s a Nintendo Switch that, instead of all this high-definition LCD nonsense, sports a chunky mini old-school TV for traditional 90s style fuzz-o-vision play. You haven’t experienced Breath of the Wild until you’ve played it squinting at a CRT screen.

Sadly, the Nintendo Switch CRT doesn’t actually exist though it sorely, sorely needs to. The CRT is, in fact, a mock-up posted on Twitter by @OBE1plays. The image also bears another Twitter handle, @CROSSZTC, though that account has been suspended.

But just looking at it gives us flashbacks to the PC Engine Handheld, watching in awe as a friend played Street Fighter 2 Championship Edition on it. We have visions of having to feed AA batteries into the Nintendo Switch CRT, just to keep it playing for longer than half an hour.

In fact, if Nintendo were to make this a reality, they really couldn’t take our money fast enough. Unfortunately, it remains a pipe-dream so for now we’re going to have to sit here with our Sega Nomad, pretending Sonic the Hedgehog has a big moustache and penchant for plumbing.