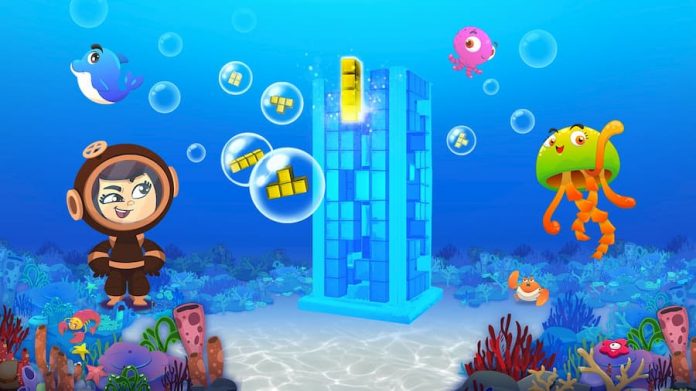 You might get sick of hearing the word ‘Trenga!’ proclaimed over and over again, but it’s a small price to pay.

If you’re a fan of Tetris or similar block-based puzzle games, Trenga Unlimited ought to be on your radar. A level-based puzzle game, your aim here is to clear all blocks. Where Tetris presents you with a flat surface in which to insert blocks of differing shapes, Trenga Unlimited is 3D; that is, you essentially have four walls to clear. You’ll need to fill in the gaps across each of the four walls, and once a row is complete across each side, it’ll disappear – much like a line in Tetris. Once you’ve cleared all the blocks, you’ve won the level.

It’s easier than it sounds; Trenga Unlimited allows you to rotate and mirror shapes so they’re easy to fit in almost any space. A click of your triggers will rotate the structure you’re trying to clear, so you can easily see each of its four walls. Whether you concentrate on one wall at a time, or go line-by-line on each of them is up to you.

As you progress through Trenga Unlimited‘s levels, you’ll unlock ‘buddies’ who each have an individual perk to help you out. Some might grant extra points, or extra time to complete combos. Others give you extra oxygen – you see, you’re under the sea, so unless you place blocks quickly (which will chain together combos) or clear lines in quick succession, you’ll run out of air. You can use one buddy at a time, and whichever one you choose could turn the tides for you. You might also want to choose a buddy based on who has the least annoying voice; every time you place a block, they’ll proclaim ‘Trenga!’. Perform a combo, and you’ll hear ‘Ultimate Trenga!’. Be prepared for that every few seconds… 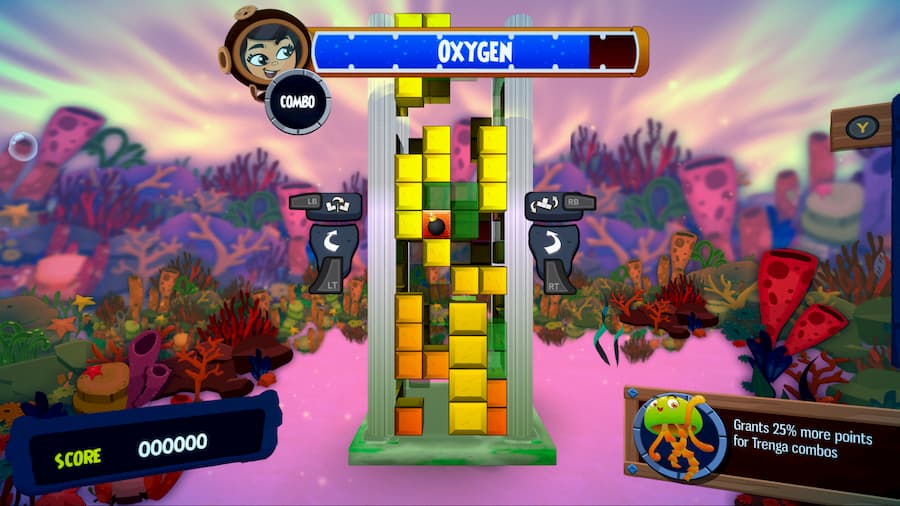 Each level has three goals to complete, with each goal completed awarding one star. One of each levels’ stars is simply awarded for completing it. The others will be for additional goals, like reaching a certain score, or maybe completing the level without rotating any pieces. None of the challenges are particularly difficult, though levels do get more challenging as you progress.

Along with Trenga Unlimited‘s main campaign mode, where players move through a series of levels, there’s also a survival mode and a multiplayer mode. In the survival mode, you’ll be tasked with getting the highest score possible, with new rows appearing every time you clear one. This is where players looking for a challenge will find themselves most at home; survival mode gets tough very quickly, with oxygen running out much quicker than it does in standard levels. 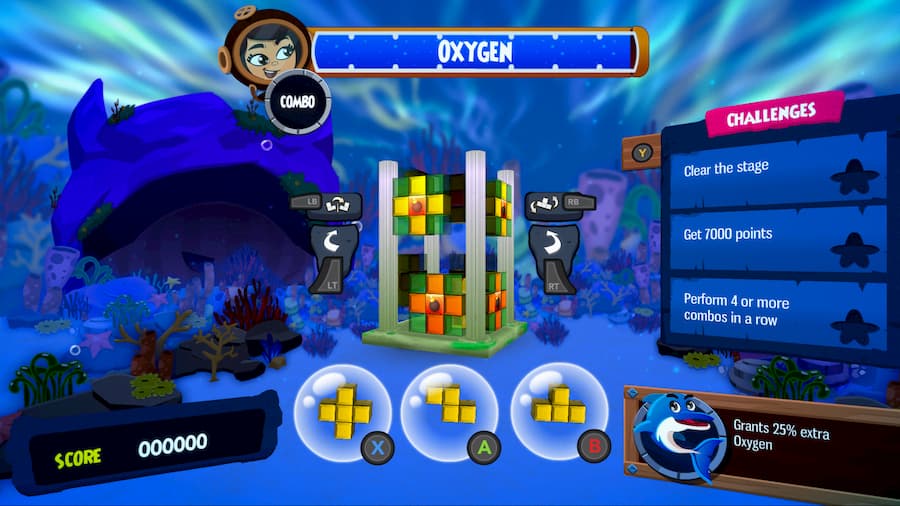 Multiplayer mode, on the other hands, allows up to four local players to compete against each other. You’ll be challenged to clear your screen as quickly as possible – the person who clears all their blocks first will be crowned winner. There’s no online multiplayer option, so you’ll only be able to make use of this mode if you have friends or family members on hand to grab a second (or third or fourth) controller.

Trenga Unlimited is a worthwhile puzzle game for anyone who enjoys the likes of Tetris. It’s a surprisingly pleasant way to pass some time, and while you’ll probably be done with its campaign in a few hours, survival mode will likely keep you going back. Just get ready to hear ‘Ultimate Trenga!’ over and over – and over – again until the words are etched in your brain forever.

This review of Trenga Unlimited is based on the PS4 version of the game (played on PS5), via a code provided by the publisher. It’s available on PC, PS4, Xbox One and Switch.