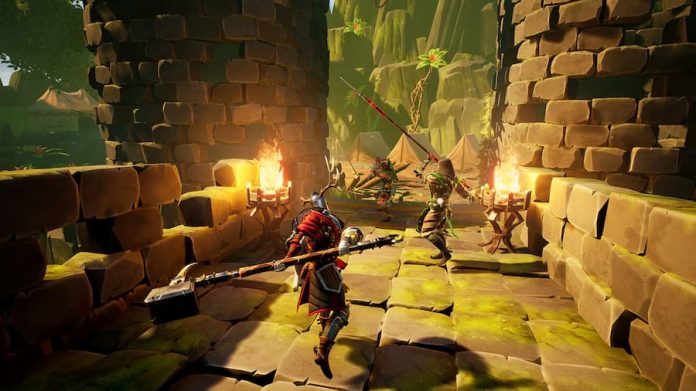 Publisher 505 Games has announced a collaboration with developer Point Blank Games on the development of its upcoming title, Stray Blade.

Set to release in 2022, Stray Blade is an action RPG that casts players as an adventurer in the Valley of Acrea. A world filled with mystery and intrigue but unfortunately ravaged by war, you’ll spend your time exploring, battling, and becoming stronger as you seek to restore balance to Acrea. Find out more about the game and add it to your Wishlist by visiting the Steam page.

505 Games’ involvement is a result of Global Top Round (GTR), a video game development accelerator program. GTR partners with fledgling game developers, working directly with them across areas of development, publishing and fundraising. Its ultimate goal is to turn start-ups into successful businesses.

Because of GTR’s support, Point Blank Games has been able to catch the eye of 505 Games, an international games publisher. CEO of Point Blank Games, Leonard Kausch, says, “The business support of GTR single-handedly put us on the map and ultimately enabled us to build Point Blank Games into the team we envisioned.”

GTR isn’t the type of company you hear much about since much of its work is carried out behind the scenes. But its investment and support of indie developers has allowed many games to exist over the last six years. Amongst others, it has worked with Big Moxi Games on Wardens, Rogue Snail on Relic Hunters Legend, and Pineleaf Studio on Dwarfheim. Its global publishing partners include Focus, Deep Silver, NetEase and 505 Games.

Every year Global Top Round hosts its own conference that brings together some of the world’s brightest minds from the gaming industry. This year, GTR 2021 is set to take place in Singapore on October 16th-17th. At the end of the conference, 10 promising studios will be inducted into the accelerator program.

For more information about Global Top Round, how to apply or to find out more about the companies it has partnered with, visit its website by clicking here. For interested developers, 2021 applications close on 30th August.