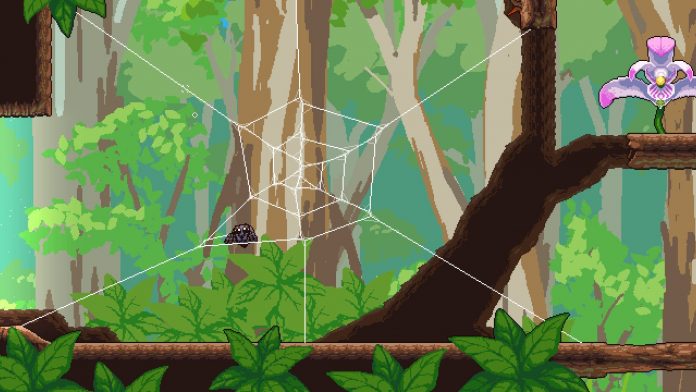 Spiders are absolutely awesome and if you disagree.. well, Webbed probably isn’t for you.

This upcoming puzzle adventure casts you as a tiny spider who sets out into the world to save her boyfriend from a predatory bird. Just swinging around seems like fun but she’ll be making friends with other woodland residents, assembling a robot ant and skateboarding. No, we swear, we’re not making those last two up.

And now, Webbed has a confirmed September release date. It’ll be swinging onto PC though it seems like the kind of game that would do just as well on consoles. Skateboarding aside, what has us particularly intrigued is the web system that allows you to stick webs to anything. While you can swing around, creating webs that you can actually cross, and that stay in place, seems like a significant part of the game.

Mechanics aside, your arachnid protagonist looks absolute adorable, a blend of jumping spider and some web-slinging other species. That said, if you’re an arachnophobe, Webbed might not have quite the same appeal. You can check out Webbed’s trailer below, wishlist it on Steam, or pick it up when it arrives this September 9th.