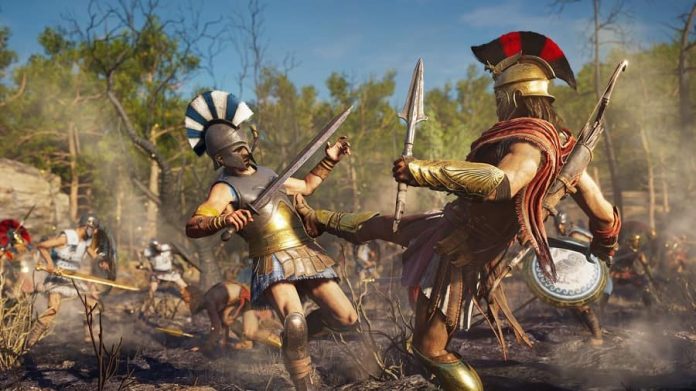 Fancy Spartan kicking someone off a cliff at 60FPS? Assassin’s Creed: Odyssey has you covered.

Assassin’s Creed Odyssey’s new update, dubbed “Title Update 1.6.0” patches the game so that if you’re playing it on the Xbox Series X|S, you can run it a smooth 60 frames-per-second. And.. that’s all the title update does, really.

Are we disappointed that there aren’t a bunch of bigger enhancements? Maybe a little, but we’ll still take this; we’ve always had a blast with Assassin’s Creed: Odyssey, especially when we learnt that Kassandra was in fact the original playable character and Alexios was a beardy afterthought.

The update should be available right now; it shouldn’t take too long to download, since it’s just under 370MB on the Xbox Series X|S and 470MB on the PlayStation 5. If you’re online on Sony’s console it should download, though you’ll have the option to play without and if you’re on Microsoft’s machine and connected to the internet, it’ll shake its fist at you until it downloads the patch in full.

Whichever console you have, happy Sparta-kicking!