Developing a remake can be a tricky process. A developer has to make sure that the spirit of the original game remains intact to not alienate fans of the classic entries, whilst updating them enough to draw in a new generation of players.

So what defines a remake versus a remaster? Arguably, remasters tend to update the engine and art assets and leave it at that; the original game still makes up the bones of the game. Remakes take it a big step further, being built from the ground-up using more modern techniques and gameplay elements. Sometimes, remakes even rework playing areas altogether, creating something altogether unique from the original.

It’s the latter we’ll be looking at, and we’ve picked seven of the best video game remakes of all time – in our opinion, anyway. These are the ones that stand out, either staying true to the source material while creating something new, or taking such an original approach to the remake process that it’s perhaps even better than the original. 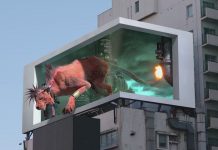