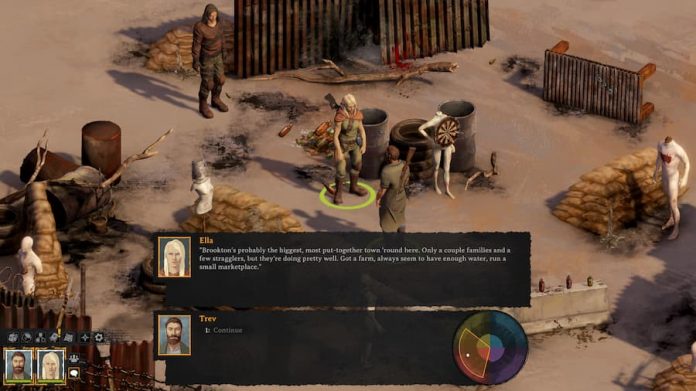 Well, we do, for a start; in fact, there’s room for both in our post-apocalyptic gaming collections. Yes, Fallout: New Vegas is absolutely amazing, but Broken Roads isn’t trying to be a 3D Fallout game. Instead, it’s closer to the original isometric, turn-based Fallout games, where you had all the time in the world to make a choice but were still in danger of being murdered five minutes after leaving the safety of your vault.

In short, we’re excited to get our hands on it, particularly since it’s going to feature real-world Australian locations. It will sport a morality system that influences quests and four general philosophical paths, Humanist, Utilitarian, Machiavellian, and Nihilist.

We’re pretty sure there should be a fifth, Arsehole, but maybe that’s a path we’ll have to forge ourselves. We’re hoping that, whatever attitude you adopt towards your fellow survivors, you can’t flip-flop at the last minute, getting the good ending despite having spent most of the game punching two-headed kittens. We’re looking at you, Star Wars: Knights of the Old Republic.

We’ll have to wait a little while longer to see if we actually face the consequences of our actions. Broken Roads is set for a 2022 release, landing on PC and consoles. You can check out the trailer above or wishlist it on Steam right now.