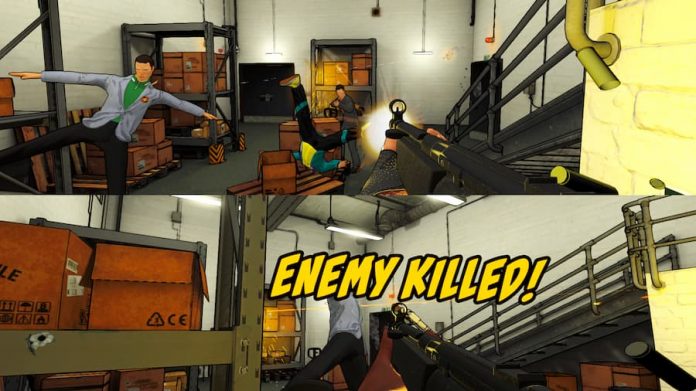 This September, RICO London invites you to dispense some criminal justice.

And by “justice”, we mean justice in the vein of 1970s cop show The Sweeney. Sporting cel-shaded graphics (unlike the XIII remake), RICO London casts you as D.I. Redfern and her partner Ahmad Khan, tasked with clearing out London’s burgeoning criminal threat.

Despite sounding like a Sweeney episode, and having the violence to match, it actually takes place in turn of the millennium London, in a single high-rise tower block. The levels are procedurally generated so no two playthroughs should be the same, though you can turn permadeath (a hallmark of procedurally generated games) off.

Published by Numskull Games, RICO London was announced back in February, but what intrigued us then, and still has our attention, is the local split-screen mode. Yes, you can play it online but fewer and fewer games sport couch co-op, so we’re looking forward to seeing how all that split-screen mayhem works.

RICO London will be released on PC, Nintendo Switch and PlayStation 4; the latter two will receive a digital and physical release, while the PC version will be digital only. You can wishlist RICO London on Steam now and get your hands on it when it’s released this September 2nd. 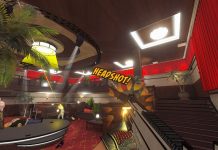