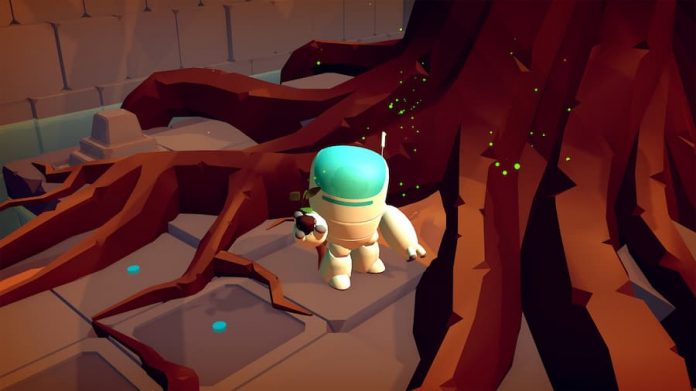 Earth has become inhospitable, and so it falls down to a robot to save its precious plant life.

That’s the crux of Doomsday Vault, now available on Switch and PC after a period of exclusivity on iOS. Developed by Flightless, this game puts you in control of a cute little robot whose task is to travel to four different areas of earth and recover seeds, so that one day they might be used. And if you didn’t know, the Doomsday Vault is actually real. Grim, huh?

In adventure mode you’ll find there are 14 levels spread across a Flooded City, a Spaceport, a Complex, and some Pyramids. That means there are 14 seeds to find, and you can view the fruits of your labour back at the Doomsday Vault between missions. Acquiring each seed isn’t an easy task, however. Traversing each environment via an isometric viewpoint, you’ll need to solve puzzles and overcome obstacles along the way. But hey, at least there aren’t any hostile creatures in your path – Doomsday Vault is very much a non-violent game.

For the most part you’ll be picking up and placing crates to help you progress, but you’ll also find yourself interacting with the environments you visit in other ways, such as pushing buttons to raise or lower the water level, or rotate walkways. And while collecting each level’s seed is your primary goal, for completionists there are also nutrients to find and carbon eaters to repair. For the latter, you need to pick up the carbon eating units and then place them on a suitable power supply. 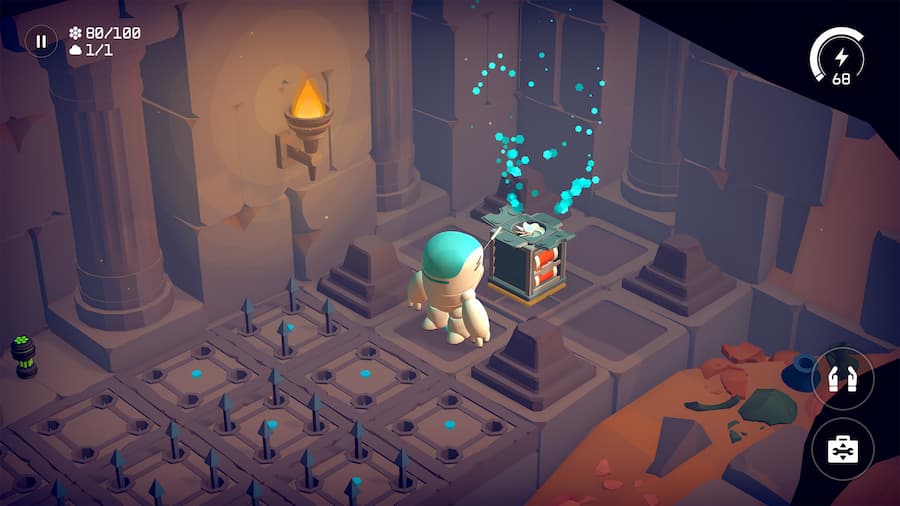 It’s fairly simple stuff, but thanks to the disarming visuals and unique but somewhat absorbing soundtrack, you’ll soon find yourself pretty engrossed in your robot’s journey. It isn’t totally without danger, though; falling from a great height and submerging yourself in water will drain your battery. Let it deplete to zero, and it’s mission failed.

Alongside adventure mode there’s also a challenge mode, providing more fun for those after a bit of action. At the moment there are ten challenges to complete, with the possibility of more being added at a later date. There are races, mazes and more, each testing your abilities in a different way. Even better, there are online leaderboards so you can see how you stack up against others.

Your success in both modes will result in new customisation options for your robot being unlocked. Changing how he looks won’t float everyone’s boat, but it’s a nice touch, allowing you to make your mark on the game. 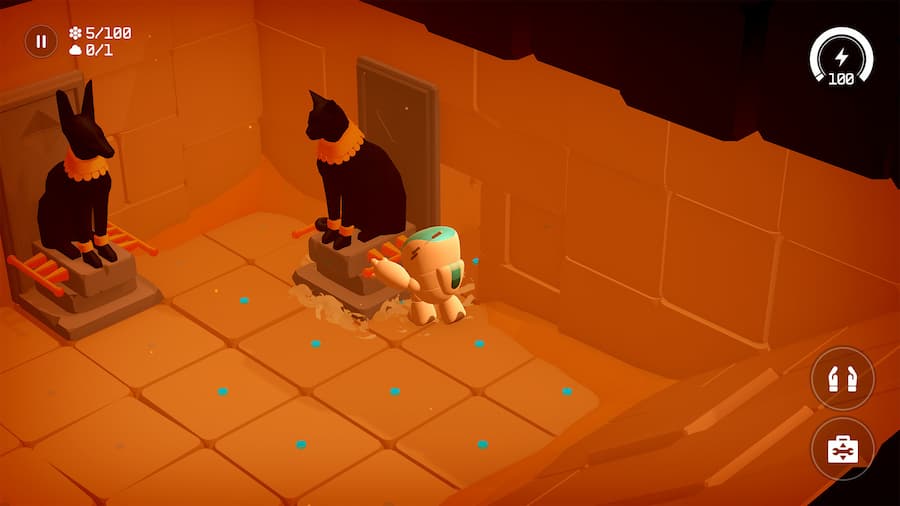 Doomsday Vault does have one remarkable annoyance though: its controls. Grid-based movement means getting around feels very clunky. It can also make some tasks, such as climbing walls with dangerous crumbling blocks, more frustrating than it should be; you’ll struggle to get your head around which direction moves you where in the heat of the moment. Thankfully they’re adequate for the most part, but there will be times when you wish the controls were more intuitive.

If you’re after a puzzle game that you can chill with, Doomsday Vault might just fit the bill. Even better, it has a green message – us humans need to shape up, or this is what might actually become of our Earth. It’s just a shame that the controls can be a little annoying at times. Also, there’s not a massive amount of game for the asking price – unless you really want to be at the top of those challenge leaderboards.

This review of Doomsday Vault is based on the Switch version, with a code provided by the game’s publisher. It’s available on Switch, PC and iOS.