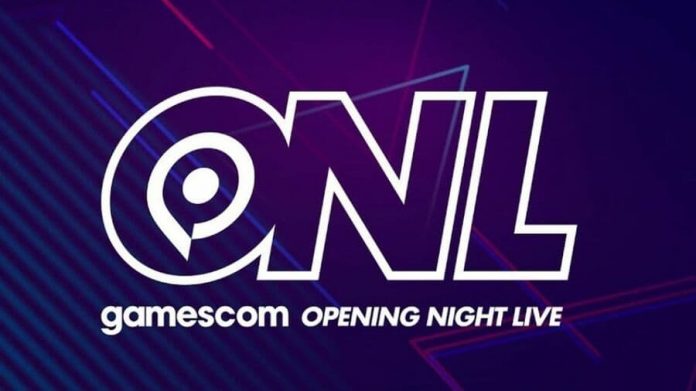 The biggest event on the gaming calendar outside of E3, Gamescom’s Opening Night Live is a showcase of trailers, new announcements and world premieres.

This year, it’s been a two hour showcase of over 30 games. We’ve seen the reveal of Saints Row, more information about Call of Duty Vanguards, Far Cry 6, and tonnes more.

Needless to say, we’ve got a lot to be excited for; games we didn’t know existed until now, and a better look at games we already knew about. It’s a good time to be a gamer. Keep on reading for a round-up of everything you missed during ONL.

We got a look at gameplay for King of Fighters XV, which is also bringing back old characters from the franchise. It’s out on February 17th, 2022.

Nine to Five is 3v3v3 multiplayer shooter coming to Steam soon. This was a very brief look which showed a rather run-of-the-mill looking shooter. You can find out more by heading over to the Steam page.

A World Premiere trailer: Bus Simulator 21! The trailer has a special Gamescom bus driving around the city. Cannot confirm whether that’ll be in the actual game. But you can expect lots of bus-driving simulator action. It’s out on 7th September.

Here’s the latest look at House of Ashes, the third entry into Supermassive Games’ Dark Pictures Anthology. You can read more about the game via our preview from earlier this summer. It’s out on 22nd October.

A supernatural horror RPG, Dolmen was first announced during E3 as part of Koch Media’s showcase. We got a slightly longer – but still very short look – at it. It’s coming out in 2022.

Nobody Saves the World

A new game from Drinkbox, the studio behind Guacamelee. It’s an RPG with online co-op multiplayer, and it look like a lot of fun. We’re digging the art style. It’s out sometime in 2022, and coming to Xbox and Steam.

From the creator of Lara Croft, Dream Cycle is a first-person action-adventure game with a supernatural twist. It’s coming to Steam Early Access on 7th September.

We knew a reveal was coming, and here it is. The brand new Saints Row game is simply titled… Saints Row. It’s a reboot, featuring a new location, a new band of saints, and an all-new story. You can read more about it by clicking here, and it’s coming to all formats in February 2022.

A world premiere of a brand new Marvel game: Midnight Suns. It’s a tactics-based RPG by 2K and Firaxis Games, and will be out in March 2022. The trailer features Iron Man, Doctor Strange, Wolverine, Blade and more, dealing with some sort of supernatural terror. Oh, and there’s a rocking cover of Metallica’s Enter Sandman on the trailer’s soundtrack. Count us in. There’ll be a look at gameplay coming on 1st September.

We got our first look at extended gameplay from the upcoming entry in the long-running Call of Duty series, Call of Duty Vanguard. It seems there’s a new traversal mechanic in play, and of course the sharp, engaging gunplay the series is known for. The environments look absolutely fantastic, and – well, you can see them for yourself in the trailer below. It’s out on 5th November.

Mysteriously absent from yesterday’s Xbox stream, finally here’s a look at Halo Infinite‘s multiplayer. There’s not much gameplay to go on, but thing’s for sure: those character models look fantastic. It’s out on 8th December, where multiplayer and campaign will launch together.

Oh, and one more thing: a limited edition Xbox Series X is on its way. It’s the first limited edition of this generation. Strange choice, when the base models are still so difficult to get hold of…

What’s this? An adorable cartoon about…. a lamb from  hell? Okay, we’re absolutely in for this one. This looks like a lot of fun. It’s from Devolver Digital, of course; which other publisher could be behind something so wonderfully bizarre?

From a one-man development studio, Midnight Fight Express is an action-packed brawler that sees you violently make your way through all kinds of environments. Expect blood splatter galore. It’s coming to PC and consoles in 2022.

This TMNT-themed side-scrolling beat ’em up was announced earlier this year, but a new trailer gives us a better look at it. Featuring the four Turtles along with other familiar faces from the classic series, it looks to be a lot of fun, especially for Streets of Rage fans.

We got a new trailer for the upcoming Super Monkey Ball game, showing off its 12 party games and other multiplayer features. There’s tennis, four-player split-screen races, golf, pool and more. Oh, and a guest appearance from Persona 5‘s very own Morgana!

Splitgate’s Season 0 is dropping right now. The new trailer shows off some of the new features coming to the game, which has quickly become the latest multiplayer craze.

We’ve got a brand new trailer for Riders Republic, the extreme sports game from Ubisoft coming on October 28th. We can confirm: it’s a whole lot of fun. And you can find out for yourself: there’s an open beta running from today until 28th August.

Multiplayer dragon-riding game Century: Age of Ashes has a release date: November 18th. You can read more about this game in our preview by clicking here.

What’s this? A football game that isn’t from Konami or EA? We’re as surprised as you. It sports the tag line “free to play, fair to play”. Hmm.

Finally, here’s an update on the upcoming LEGO Star Wars game. We got a glimpse at gameplay, along with plenty of story scenes packed with the humour that Traveller’s Tales games are known and loved for. It looks rather nice too, with LEGO juxtaposed against a surprisingly realistic world. Still no fixed release date: it’s now Spring 2022.

We got another look at Synced: Off Planet, a futuristic shooter revealed a couple of years ago. The new trailer looks interesting, and we’ll find out more with a more in-depth dive into the game tomorrow.

The next game in the Outlast series finally has a new trailer. Still a while to wait though: it’s scheduled for a 2022 release. We can’t embed the trailer since it’s age-restricted, but you can click here to watch it.

Imagine what Pokémon could look like if it was made for more powerful hardware. That’s the vibe we’re getting from DokeV, which looks absolutely beautiful. Like Pokémon, it’s a game about battling and collectible creatures, and from the trailer, it looks like a lot of fun. And you get to ride an alpaca. What more could you possibly want?

An evolution of Jurassic Park Evolution. Here’s a new trailer for the upcoming dino theme park simulator. It’s out on 9th November.

Here’s another new look at Far Cry 6, the latest game in Ubisoft’s first-person action series. It looks as intense as ever, and it’s out on 7th October.

First revealed during E3 in June, here’s another look at Blood Hunt, the multiplayer game coming to the Vampire The Masquerade series. This time, we got a better look at gameplay, with hunters and vampires running through the streets of London. It’s action-packed, bloody, and we’re here for it. Early access to the game starts on 7th September.

Here’s a brand new take on theme park building simulations. Park Beyond is from Bandai Namco and Limbic Entertainment. It’s beautifully colourful, as you’d expect from a theme park sim, and if the trailer’s anything to go by, the game packs in more story than the genre typically does. It’s coming to PS5, Xbox Series X/S and PC next year.

Here’s another look at JETT: The Far Shore, a hyper-stylised space adventure. It’s coming to PS5, PS4 and PC via the Epic Games Store on 5th October. It’s intriguing, and we can’t wait to find out more.

We got an update on Horizon Forbidden West from Guerilla’s director. The long-awaited sequel to Horizon Zero Dawn finally has a release date: it’s coming to PS4 and PS5 on 18th February 2022. Pre-orders will open from 2nd September. No new trailer, though.

Here’s a trailer for Amazon’s MMO New World, which looks rather cool. It’s coming out on September 28th, and features pirates, warriors and just about everything in between.

A mobile game now. Marvel Future Revolution is out now, an action-packed game featuring all of your favourite marvel characters in an epic adventure.

A multiplayer game based on Jumanji, this upcoming game looks like you’ll get the chance to actually jump into Jumanji yourself. With less chance of a stampede running through your living room, of course. It’s coming to Switch and PC.

Jungle Book is coming to Fall Guys. No, really. Baloo, King Louie, and more. And they look ADORABLE.

We only got a brief look at this, but it looks super interesting. Give the trailer a watch below.

Get ready to fight epic battles. The next Age of Empires game is set to release on 28th October. It’s going to be on Game Pass for PC on day one too, of course.

Valheim’s first expansion, Hearth & Home, is set to release on 16th September. It focuses on base building, though the trailer doesn’t give much away in terms of gameplay. Instead, we were treated to a gorgeous animation.

Here’s a fast and frenetic trailer for the upcoming Crossfire X. Still no release date though, it’s just ‘coming soon’.

Horizon Zero Dawn’s Aloy is coming to the free-to-play Genshin Impact. And anime Aloy is adorable. She’s coming to the game on 1st September, where she’ll be free to unlock.

Kung-fu game Sifu has a release date: it’ll be available on 22nd February 2022. This action-packed game looks like a must-play for any combat fans. We’re digging its art style and visceral gameplay. It’s coming to PS4, PS5 and PC.

Coming out in September, here’s an extended look at Death Stranding: Director’s Cut. Not only does the Director’s Cut feature a wealth of visual and performance upgrades, it also features new in-game content, new items to use in the game and new modes. How about delivering items via cannon, for instance, or have your trusty BuddyBot carry your cargo for you? Or maybe you just want to hang out in your room, taking selfies with Norman Reedus?