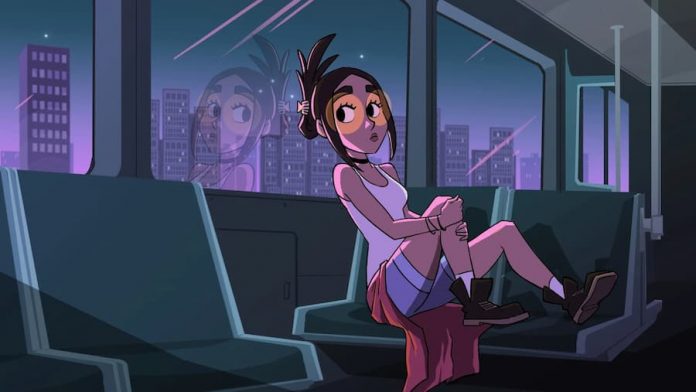 When one of the first things a game has you do is rewind a cassette tape with a pencil, you know you’re in for a good time.

I’m talking about Fire Tonight, a game about reuniting lovers across a city that happens to be on fire. It sounds grim, but this is actually a quirky, easy-going puzzle game that focuses itself on the subject of love, not natural disaster. Worry not that an entire city seems to be burning; the pink-purple flames don’t seem to be causing mass devastation – they’re simply there to be a nuisance to you.

There’s a strong 90s vibe at the backbone of Fire Tonight. The game just wouldn’t work in any other era. Protagonists Maya and Devin are out of touch because the fire has taken out some of the city’s power – meaning Maya can’t call Devin from a payphone. It’s an era when there are no mobile phones, instant messages or social media; the only way Maya can see if Devin is okay is to go directly to him. Throw in cassette players, retro games consoles and rollerskates, and you’ve got a true nostalgia trip.

With only eight levels to work your way through, Fire Tonight is a very short game. Depending on how you get on with its puzzles, you’ll be done with it in an hour or two. That isn’t a bad thing – it’s worth every penny of its £4.49 asking price, and it means its mechanics never outstay their welcome. 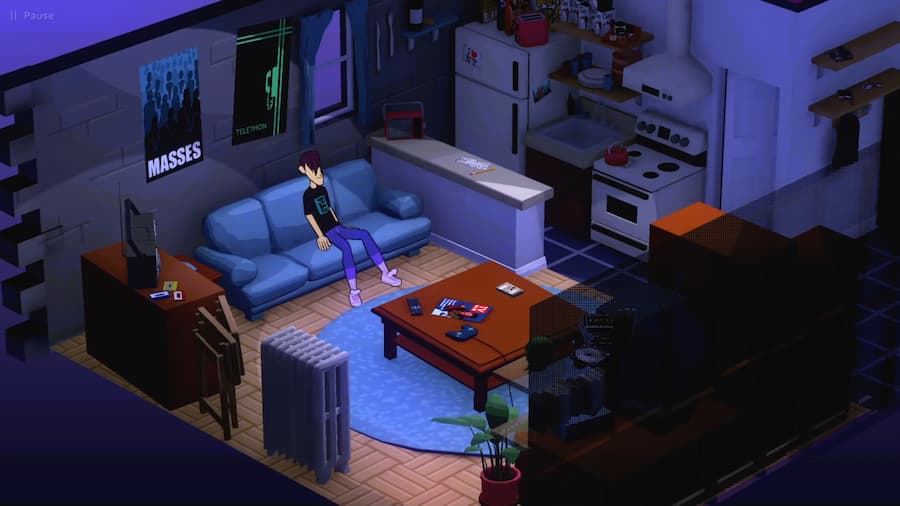 Fire Tonight‘s gameplay is a simple affair; you’ll switch between guiding Maya through the city, and exploring Devin’s apartment. In Devin’s apartment, you’ll simply click around, getting some exposition on his surroundings. There are some nice touches here – like cassettes you can pop in a boombox, and a games console you can interact with. But you’ll need to click on the right thing in order to progress the game, which can be a pain. There’s no indication of what items can be interacted with either, so you’ll find yourself moving a cursor all across the screen as you try to find something.

But Devin’s sections never last more than a few minutes. The meat of the game is spent with Maya. Her levels are maze like as you make your way through streets and buildings, avoiding blockades of purple flames that stand in your way. You’ll need to find keys in order to progress, and there’s a small amount of stealth work involved early on as you try to get past security guards. There’s nothing too taxing though; had Fire Tonight been any longer, these puzzles may well have become a little stale. As it is, Maya and Devin reunite at just the right moment to ensure the experience stays short and sweet. 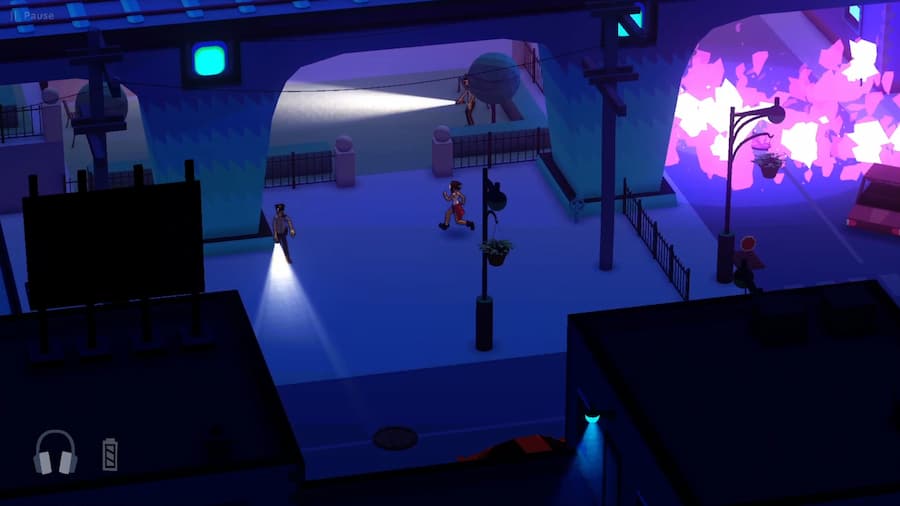 No better words can sum up Fire Tonight than ‘short and sweet’. It’s over before you know it, but for its low asking price, it packs in just the right amount of puzzles, nostalgia and heartening narrative. Add to that a rocking soundtrack and a wonderful art style, and you’ve got a great little package.

This review of Fire Tonight is based on the Nintendo Switch version, via a code provided by the publisher. It’s available on PC and Switch. 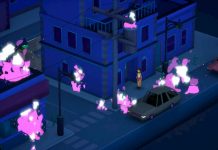