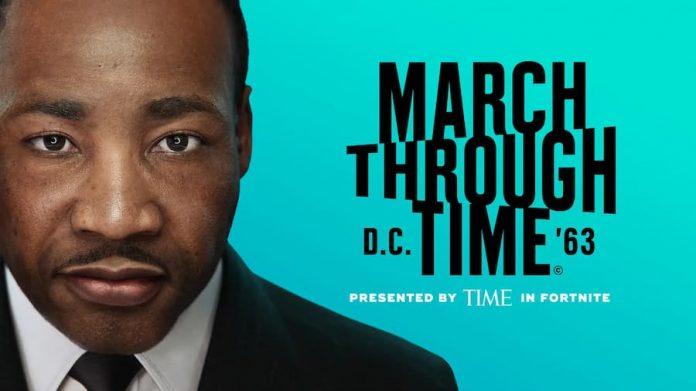 No, we are absolutely not making this up. Epic Games and Time have joined forces to tell the story of Martin Luther King and the civil rights movement through Fortnite.

You can jump into Fortnite and watch the great man’s most famous speech, beyond just the “I have a dream” section, and then explore various monuments and symbols of the fight for African-American civil rights.

Seems ridiculous, right? We thought so at first but the more we thought about it, the more it made sense. Fortnite has a huge player base and it’s certainly a good way of getting the civil rights story to people who, otherwise, might not been introduced to the information or have not really absorbed it at school.

Yes, it’s weird to see a screenshot of Rick Sanchez from Rick and Morty standing in front of a pair of segregated wash basins, but it’s still exposing them to one of the starkest, most telling images of that era. And no, visitors don’t get a Martin Luther King player model, though they do get a civil rights spray.

I think Rick Sanchez and the xenomorph from Alien learned something today, and have been given a lot to reflect on. pic.twitter.com/ja4oHwkA0U

That said, it still feels a little off, even though Fortnite has hosted anti-racist content previously. It’s not just due to the characters you can see running about the virtual exhibition, either. There’s something off about a company which has copied other people’s ideas, typically with no credit whatsoever, using its power for good.