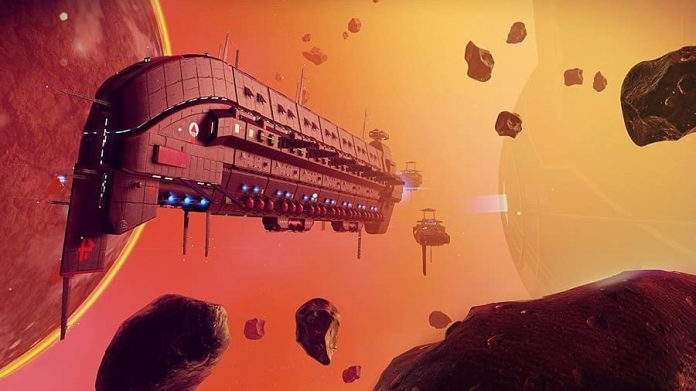 No Man’s Sky is getting another free update, Frontiers.

This update is particularly timely as No Man’s Sky launched five years ago. We couldn’t believe it either, but it’s really been five years since the space exploration game launched on PlayStation 4 and PC (it later arrived on Xbox One).

The release was controversial to say the least as it quickly became apparent that creator Sean Murray, head of Hello Games, had taken a leaf out of Peter Molyneux’s book and over-promised, promoting features that simply weren’t in the game. However, after a series of massive updates, No Man’s Sky has actually surpassed what Murray originally promised and has a solid, serious player base.

So what will Frontiers bring? We know relatively little so far; the name was revealed at the end of the five year celebration video that Murray posted yesterday. Previous updates have added multiplayer, mech-suits, freighters, alien pets and many many other features to No Man’s Sky.

We’d actually like to see an update that let you fly around in huge capital ships; you can purchase freighters but they more or less just hang in the sky. What we do know is that, while we were sure Hello Games would start charging at some point (or produce a sequel) the update will be free. We’ll let you know when we hear more but in the meantime you can check out the five year anniversary video above.