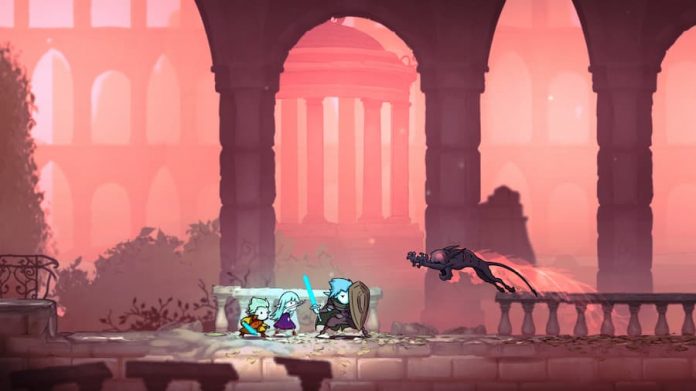 With its stunning hand-drawn visuals, Greak: Memories of Azur is a game that I really wanted to love.

Taking place in the lands of Azur, Greak and his two Courine siblings Adara and Raydel find themselves being split up after being attacked. Thankfully Greak is saved and taken to a nearby camp to recover, but upon coming to, he learns that a faction known as the Urlags are invading the land. The Courines plan to flee, and are currently in the process of building an airship, but Greak is also determined to find his brother and sister.

A 2D adventure, Greak: Memories of Azur has it all. As you leave the Courine camp, initially only in control of Greak, you’ll be finding yourself platforming and engaging in bouts of combat. Greak may be young, but he’s a pretty versatile fighter, capable of both using a sword and a crossbow. He only has a short reach with his sword, however, so you’ll need to get dangerously close to your enemies to attack with it.

Not far into Greak: Memories of Azur, you’ll be reunited with Greak’s sister, Adara, a gifted spellcaster. While Greak can double jump, you’ll find that she instead has the ability to glide through the air for a short while, and in combat she makes use of magical projectiles, allowing her to attack at range. She’s also a much more accomplished swimmer than Greak, able to hold her breath for longer underwater.

It’s upon being reunited with Adara that Greak: Memories of Azur really starts to show its colours, both good and bad. The introduction of another character for you to control means that the puzzle elements of the game start to shine through. You might need Adara to hold a crank for you, for example, keeping a platform held in place that allows Greak to access a new area. And things become more complicated when you take into account objects such as ice blocks, that require flaming torches to be carried to momentarily melt them. By the time you’re reaching Greak: Memories of Azur‘s end, you’ll have three characters to worry about, though at least the older brother Raydel’s combat chops are up to scratch. 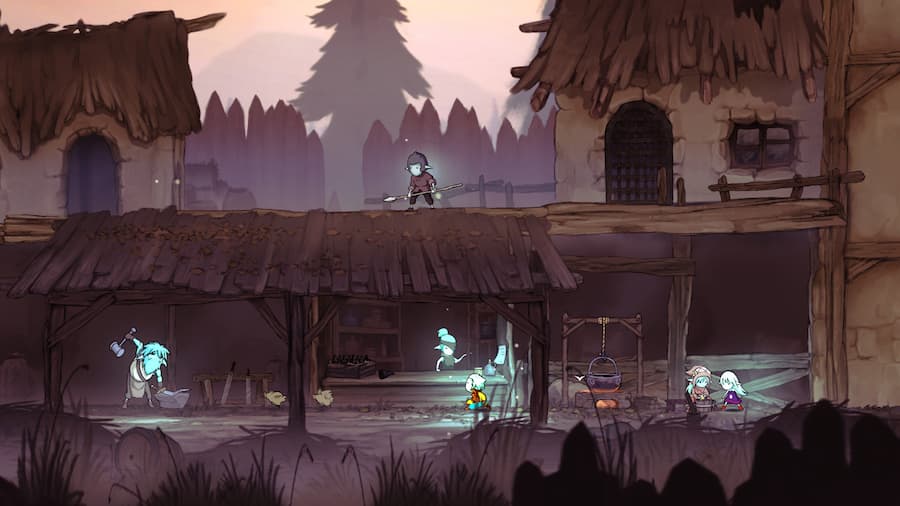 It’s just a shame how the multi-character mechanic is implemented in Greak: Memories of Azur. You can quickly switch characters with the press of the d-pad, which is nice, but when you’re not in control of them they’ll just stand there, motionless. Pressing or holding the left trigger when near another character will make them mimic your actions, but it can be awkward to use, especially considering each character’s quirks. The right trigger, which is meant to call the other characters to your side, is only really of use when they’re on the same screen without any obstacles in their path.

Aside from making platforming and puzzle-solving a bit fiddly, the multi-character dynamic is perhaps more infuriating in combat, especially against certain bosses. Where possible, I generally left other characters behind in a perceived safe spot when I knew a troublesome enemy was up ahead. It’s generally safer to tackle them with just one character you know you have full control of; if any character dies, it’s game over and back to your last save. Those perceived safe spots weren’t always safe, however, and abandoned characters will simply stand on the spot while attacking to defend themselves. 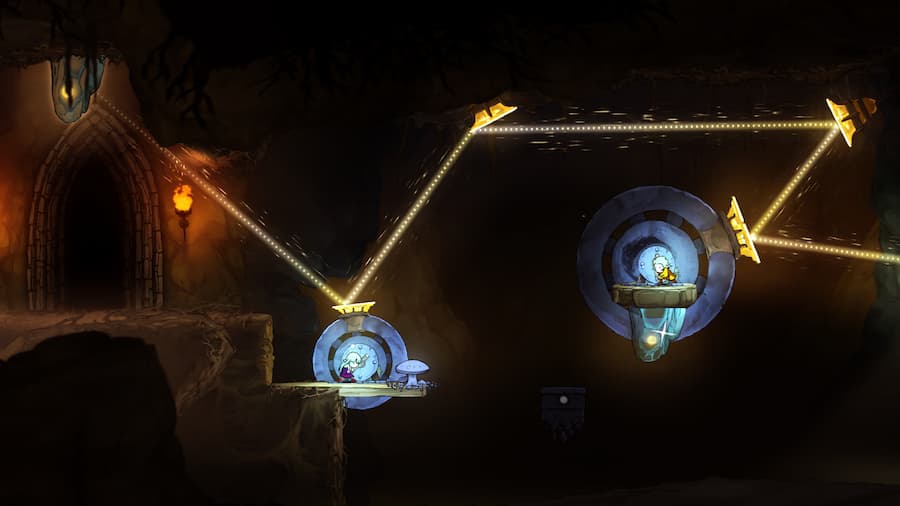 Sometimes you’re forced to take control of multiple characters during boss fights, too. The most egregious of which wanted me to navigate platforms and dispatch many weaker foes, all the while trying to keep all three characters safe from a big-bad who can imprison them in vats of gloop. After trying multiple times to do it the right way by micro-managing all three characters, I eventually gave up on Greak and Raydel and just blasted him at range using Adara. It felt cheap, but then so did the entire situation.

There’s another element of Greak: Memories of Azur that’s less than stellar, too: its inventory system, which is a pain in the backside. Each character has their own inventory, consisting of three or four slots. That wouldn’t be too bad if it wasn’t for the fact that quest items, particularly in the early stages where you only have control of Greak, often occupy multiple of them. Also, the game has a cooking system that requires you to collect ingredients before placing them in pots dotted around the world. And there are treasures and other spoils to collect, which you can sell for a pretty penny. Be prepared to simply leave lots of items on the floor, or make journeys here, there and everywhere to offload. It’s not fun. 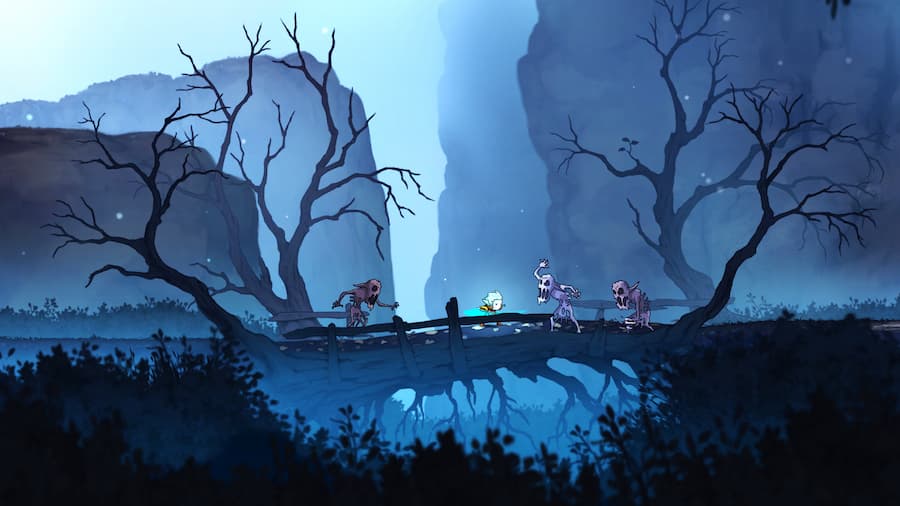 Perhaps some will get on better with managing up to three characters at once, allowing them to gleam much more enjoyment from Greak: memories of Azur than I; if they do, they’ll be rewarded with a game that looks and sounds great, and that has some genuinely interesting puzzles. I imagine most, though, will simply get tired and frustrated of Greak: Memories of Azur’s multi-character antics at the same pace as I did. The combat, even when it’s at its best, isn’t particularly fun, while the story is only mildly engaging.

With a fairly short running time, at least Greak: Memories of Azur doesn’t require much commitment to see it through. I just can’t help but feel that if your companions were computer-controlled and actually assisted you in combat, or at least tried to keep out of the way of your enemies rather than simply standing motionless, my review would be much more glowing. As it is, for every few minutes of joy I had with Greak: Memories of Azur, I generally had another filled with some level of frustration. Ultimately that lead to a great deal of disappointment, which is a real shame.

This review of Greak: Memories of Azur is based on the PS5 version, with a code provided by the game’s publisher. It’s available on PS5, Xbox Series X/S, Switch and PC.