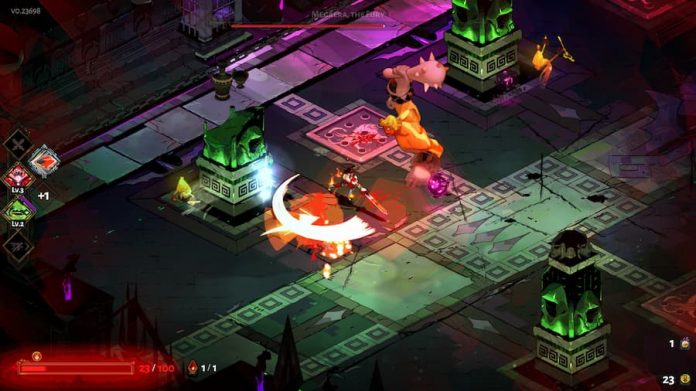 With multiple weapons to choose from in Hades, how are you meant to know which one is best? Let us help.

There are a total of six weapons – or Infernal Arms as they’re known – in Hades. Only one of these will be available to you initially, but you’ll soon unlock more as you play.

But which weapon in Hades is the best? Well, ultimately, it’s down to personal preference, but let us guide you through each of them.

The Stygian Blade is the first weapon you’ll start off with in Hades, so for at least your first run, you’ll be forced to use it. It offers a basic slash attack, and a powerful swing attack as your special, hitting multiple enemies at once.

The sword requires you to get close to their enemies in order to attack, so it favours players who are quick on their feet and enjoy fast, visceral combat. It’s not necessarily the best for beginners, but it is quick to get used to – although it’s harder to dodge incoming attacks. 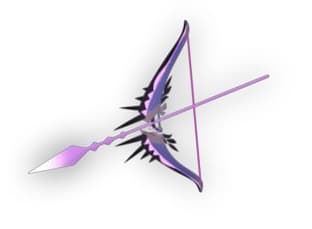 You can unlock the Heart-Seeking Bow after your first run of Hades, and once you’ve earned one key. The standard attack of the bow fires one single arrow, while its special attack fires multiple arrows in a semi-circle. You can also charge a standard attack in order to deal more damage.

The Heart-Seeking Bow is perfect for more cautious players who prefer to keep a distance between them and their foes. The ability to charge a shot means it’s rather versatile, though the highlight is surely the special attack, that fires a spray of arrows in a semi-circle. It’s great for dealing damage to multiple enemies at once.

You can unlock the Eternal Spear with four keys. Like the Blade, this spear requires you to get up-close and personal with your enemies, but it offers a bit more versatility. The added length of the Eternal Spear means you don’t have to get quite so close. There’s also a charged spin attack, allowing you to deal damage to all enemies in a small radius around you. The special attack also allows you to throw the spear, offering a ranged option when necessary.

While the Spear isn’t as fast as the Stygian Blade, it is more versatile. It takes some getting used to, but if you prefer toe-to-toe combat, this might be a good option. 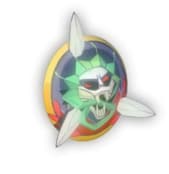 The Shield of Chaos can be unlocked with three keys. Admittedly, this is one of our favourite weapons in Hades, mostly thanks to how versatile it is. Its standard attack sees Zagreus swing it in front of him, damaging enemies in an arc and knocking them back. Hold down the standard attack button and charge it, however, and Zag will bullrush at enemies, dealing large damage. Finally, its special attack sees the Shield thrown like a boomerang, doing damage to all enemies in its path.

The sheer range of attack types available with this one weapon make it an excellent all-rounder. Its thrown special attack is a valid primary ranged attack, but the ability to also damage up close means this adds more value than the bow and arrow. The fact the standard attack also pushes back enemies can be a huge help, too.

You can unlock the Twin Fists of Malphon once the previous four weapons have been unlocked. It’ll cost eight keys. This melee weapon sees Zagreus attack his enemies with a string of fast-hitting punches. Of course, that means you’ll need to get close to your enemies, but the Twin Fists can deal more damage, and more quickly, than the Stygian Blade. The Fists’ special attack is an uppercut, dealing damage to an enemy twice.

We’d only suggest considering this weapon if you like getting really close to your enemies. There is no ranged option here; you simply have to get right up into an enemy’s face to deal damage. But if you’re up for the task, it’s extremely powerful – just get ready to dodge incoming attacks often. 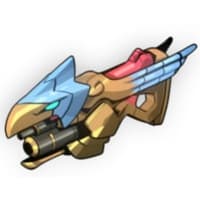 The last weapon you can unlock is Exagryph, a powerful gun. You’ll need to have unlocked all other weapons first, and it’ll cost you eight keys. The basic attack is a barrage of 12 bullets, all dealing strong damage. You can fire one by one, or hold down attack to rapid fire. The downside is, though, you’ll need to reload after every 12 shots, meaning you’re unable to attack for a couple of seconds. The Exagryph’s special attack sees you drop a mortar from the air, in an area of your choice. It’s powerful but slow, so sometimes the enemies you’re aiming at may have moved before it hits.

The gun is a valid ranged option, providing a different experience than the shield or bow and arrow. It won’t be for everyone, thanks to the fact it needs to reload, but if you get used to that element, it can be one of the most powerful (and fun) weapons in Hades.

Need more help with Hades? View all our guides by clicking here.