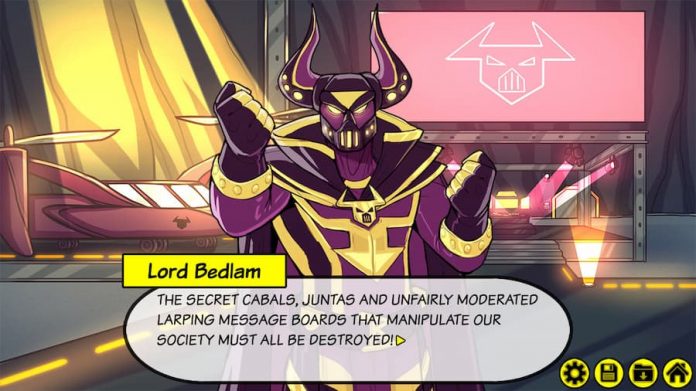 Who’d be a henchman, eh? No, seriously, we have absolutely no idea and we’re hoping Henchman Story will answer that question.

Because, let’s face it, a henchman’s lot is getting beaten up by a superhero, sent to jail if they’re lucky or, if they’re not, executed for their failure by their deranged boss. Henchman Story, an upcoming visual novel will dive into to the ‘where’s, ‘why’s and ‘what the hell’s of being a henchman, with more than a dab of humour.

The game will cast you as Stan, a hapless employee of Lord Bedlam who, as the name suggests, is a supervillain – though we wouldn’t count on him being a particularly successful one. It’s penned by Marc Soskin, one of the writers on The Outer Worlds, and promises eleven different endings, some of which hopefully won’t involve Stan being dropped into a shark tank.

Unlike some visual novels, every single line of dialogue is voiced which, depending on who you’re speaking to, could be encouraging or terrifying.

It’s developed and published by Silken Sail Entertainment and now, having beaten its Kickstarter goal (though it was already well into development), it’s set to hit the PC (via the Steam Store) this October 14th. If you’re not sure whether the life of a henchman is for you, you can get your hands on Henchman Story’s demo right now. 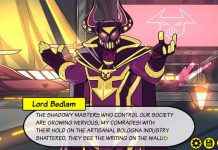