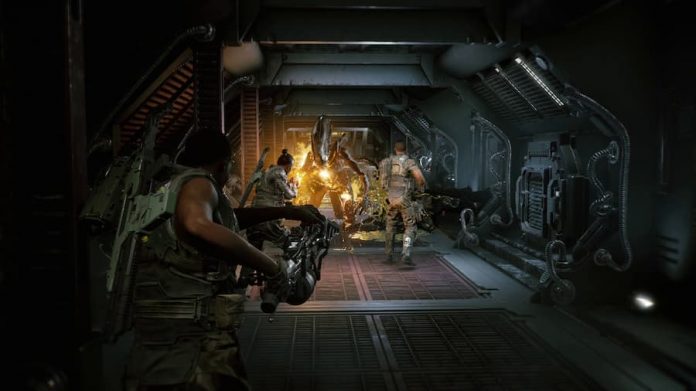 As you play through Aliens: Fireteam Elite, you’re inevitably going to get hurt.

Xenomorphs are fast, enabling them to quickly get in range and slash at you with their claws. Some can spit acid at you, too, and there are other hostile forces to worry about. Needless to say, you’re going to want to know how to heal yourself in Aliens: Fireteam Elite at some point.

Using a medkit is the basic way to heal yourself in Aliens: Fireteam Elite. No matter which class you chose, or difficulty you’re playing on, you’ll always start a mission with a medkit in your possession, and you can only ever carry one at a time. To use it, press and hold up on your d-pad. You can heal other players with medkits, too – just aim at them when close, then a prompt should appear to heal them. Press and hold up on the d-pad, and you’ll use a medkit on them instead of yourself. Just be careful not to do it by mistake.

If you’re not sure if you have a medkit in your possession, look for the plus icon in lower left of the HUD, just right of the circular icon. If it’s red, it means you’re out of stock. Thankfully you can acquire more medkits within missions – they’re usually found near ammo crates.

You don’t need to rely on medkits to heal yourself though. If you have a Doc class marine on your team, they can make use of very useful skill called Trauma Station. When used, it places a device on the floor that heals all those around it, though it can only restore so much health before becoming depleted. If the Doc picks up a medkit, however, it’s energy will be recharged a little. The Recon class skill Support Drone allows players to heal a small amount when they kill a target, too. 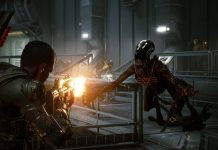