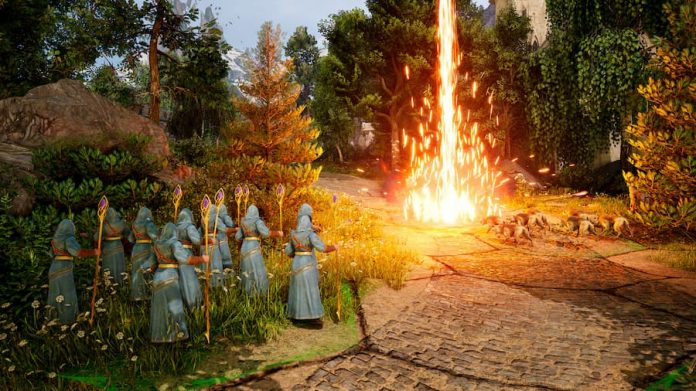 Everything in life has its positives and negatives. Unfortunately, King’s Bounty II has more negatives than one cares for.

King’s Bounty II carries with it a rather hefty legacy; the original King’s Bounty game released back in 1990, a forerunner to the Heroes of Might and Magic series. The franchise was given life again in the 2000s, when Russian publisher 1C acquired the rights to the franchise, releasing a series of games on PC. It’s been seven years since the last, and now the series is back with King’s Bounty II. But with 30 years of history hanging over its head, can King’s Bounty II live up to its legacy?

The short answer: likely not. I’ve jumped into this game brand new to the franchise; being two years old when King’s Bounty first released, it’s safe to say I have never played it. In terms of the game though, it doesn’t matter. The ‘II’ suggests this is a sequel, but it isn’t really as it’s a completely standalone adventure. But if you do have a love for the King’s Bounty series, this modern revisit might leave you cold. Lacklustre visuals, frustrating combat encounters, laughable character models and sub-par voice acting – amongst other things – make this a rather underwhelming affair.

It’s even more disappointing considering the core of King’s Bounty II begs to be played. With a choice of three characters to play as, you find yourself released from prison, tasked with a handful of missions to complete. With some basic inventory thrust your way and a horse entrusted to you, off you go into the world. Your adventure begins rather linear, but as you press further into the game, areas open up, offering you a wealth of side quests to enrich your experience with.

Despite being besieged with poor textures and truly awful character models, the world of King’s Bounty II is still a pleasure to explore. It’s rich with lore, and a mixture of environments ensure your journey is never dull. Whether you’re deep in woodlands, exploring ancient ruins or trotting through a bustling town, there’s plenty to see, and you’re never too far from a side quest, hidden item or some kind of loot cache. Really, King’s Bounty II nails the adventuring aspect of the game, drawing you into its world and encouraging you to press on. 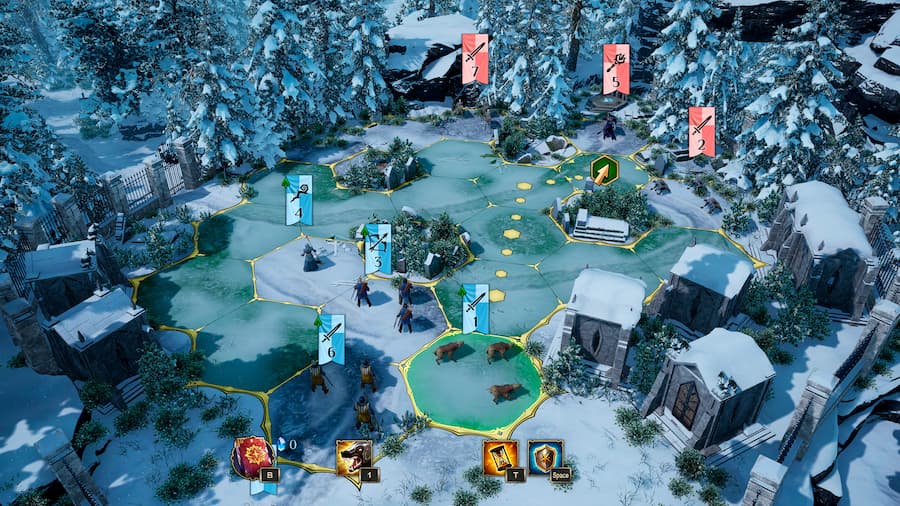 Unfortunately, the game’s combat actively works against that, often bringing your adventuring to a crashing halt. Turn-based combat is an iconic mainstay of King’s Bounty, with battles playing out on a hexagonal-tiled grid. You don’t control your character directly; instead, you’ll acquire a range of units which can be instructed on the battlefield. Depending on which character you chose, you’ll have some direct input; as a magic-based character, I’m able to use one magic spell each turn, either buffing one of my units or damaging the opponent.

There’s a huge range of units available to purchase, with more becoming available as you progress through the game. And as you play them, they’ll level up, becoming stronger and more capable. Each has their own basic and powered-up attacks and, as standard for turn-based combat, each one of your units can move a number of tiles and make an attack each turn. When battles go well, they can be thrilling. Bettering your opponents is a great feeling, and coming out of a battle with riches and a boost to your XP leaves you feeling unbeatable. 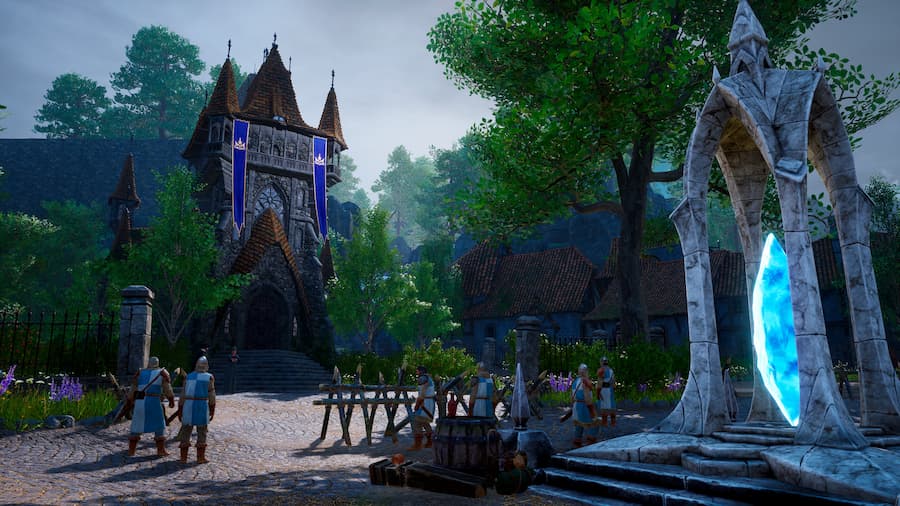 The trouble is, you are absolutely not unbeatable. Very early on into the game you’ll stumble into fights that feel way above your current level and more often than not, victory feels next to impossible. There are no difficulty levels here, so you have no other choice than to press on by trying again or retreating, hoping there’s a side quest you can complete in order to gain some extra experience and riches to improve your troops.

The problem comes from the fact that if all members of a unit fall in battle, they’re lost forever. If just one of your eight archers remain, for example, you can heal that unit, bringing them back up to a full squad. But with none left, you have no choice but to buy a new unit to replace them with. It means any progress or experience that unit gained is gone forever, and any unit you can afford to buy is likely going to be underpowered compared to the rest. It’s not like you can engage in endless random, easier battles to level them up, either. 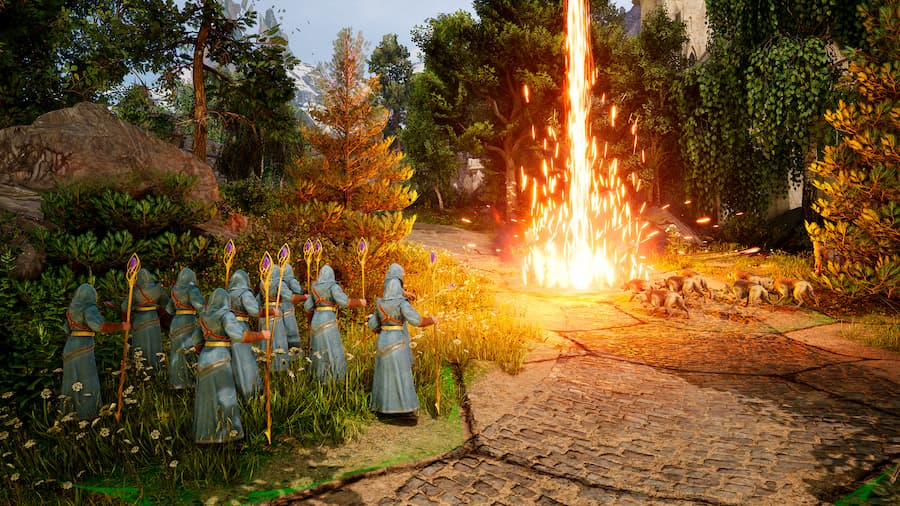 Ultimately, King’s Bounty II feels too punishing for its own good. By all means, provide us with a challenging battle, but at least give us a fighting chance. Yes, you can continually attempt battles by loading a previous save (as if it knows you’ll definitely need, the game creates an autosave before every battle), but it feels cheap to do so. Alas, continuing after a failed battle is pointless, as you’ll have lost all your active units. Even a successful victory with a number of casualties feels bittersweet, as you still need to gather new troops for the next fight, which won’t be too far away.

Manage to get through King’s Bounty II‘s battles, though, and you’ll be rewarded with engaging exploration and a decent narrative that leaves you wanting to find out more about the fate of the world you’re in. Despite not looking great, it truly is a world that begs to be explored. Unfortunately, many of the battles are simply too unforgiving and frustrating to encourage you to keep going. Reloading an old save again and again isn’t fun and ultimately, it’s hard to recommend King’s Bounty II – unless you genuinely do enjoy getting defeated again and again.

This review of King’s Bounty II is based on the Xbox version of the game (played on Xbox Series S) with a code provided by the publisher. It’s available on PC, PS4, Xbox and Switch. 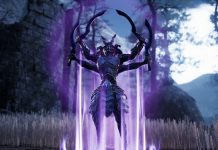 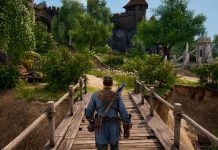