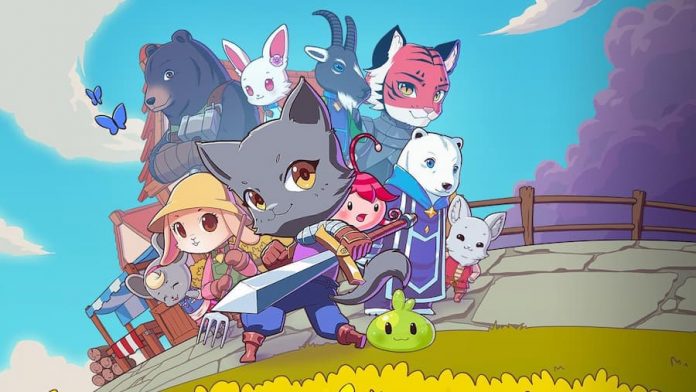 Combine cute animals, RPG mechanics, exploration and combat with farming and resource gathering. What do you get? Kitaria Fables.

Any game that lets you play as a cat is instantly a winner in my book, but Kitaria Fables goes the extra mile by sucking you into a wonderfully animated world, filled with NPCs to help and befriend, a wide range of enemies to defeat and an intriguing story to follow. Add in the opportunity to grow your own crops on a farm – inherited from a dead family member, of course – and you’ve got all the ingredients for a truly enjoyable RPG.

And for the most part, Kitaria Fables is. The main questline will see you travel from one area to another, defeating enemies as you go and unravelling the story piece-by-piece. But a varied range of side quests allow you to dig deeper, getting to know more about its adorable, anthropomorphic characters. You can help out the kids in your village by bringing them berries so they can make their grandpa a pie, for example. Or teach a beachside shopkeeper how to make a pizza so she can improve her trade. There’s a lot to do, and for the most part, milling around the game’s world is a pleasant and rewarding experience.

I say ‘for the most part’ because Kitaria Fables isn’t free from frustration. There are sharp and severe difficulty spikes that you’ll encounter fairly quickly into the game. Passing through new areas will often require you to improve your stats, and that means crafting new gear. While you can find new weapons, armour and equipment out in the world, more often than not you’ll need to craft it. And that typically means farming for particular items. If you want a new set of armour, for example, you’ll need, say, 30 of one item, which can only be found from one particular enemy type. Cue reloading the same area again and again, simply so you can kill the same enemies multiple times. 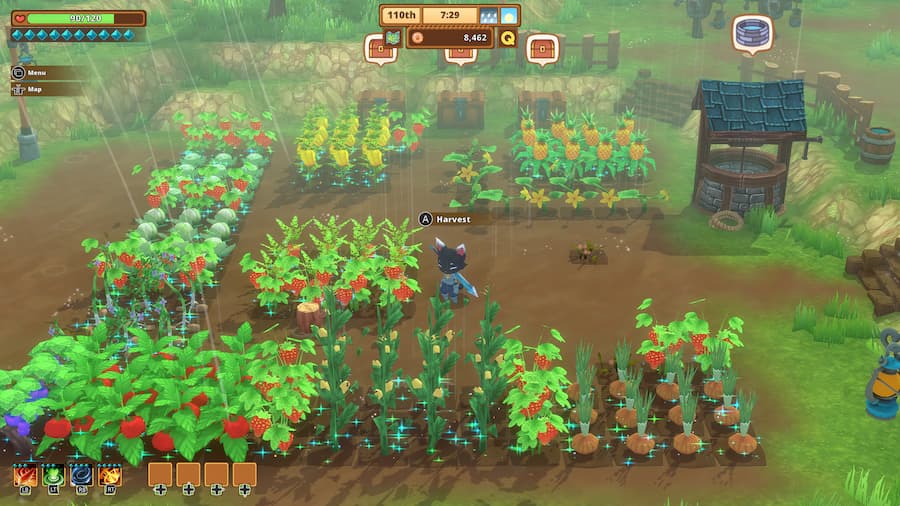 This reliance on farming for particular materials somewhat disrupts the flow of the game, especially when there’s no other way to improve your stats. There’s no XP to be gained here; you won’t level up by completing quests or progressing through the game. The only way you’ll increase your health, damage and resistance is by equipping new weapons, armour and accessories, so you’ll quickly come to accept that farming for crafting materials becomes part and parcel of the Kitaria Fables experience.

Once you’ve accepted that, and the fact that you can’t just rush through the game’s story, you’ll have more fun with it. Take it slowly, and Kitaria Fables‘ world is one that’s a pleasure to spend time in. You may need to earn money to pay for an upgrade, for example. That’s the perfect opportunity to slow down, plant some seeds and wait for your crops to grow. Sure, it’s not a core mechanic of the game, and you can largely ignore it if you want to, but there’s something relaxing in maintaining your farmland. Not to mention it’s the perfect money-making scheme without needing to sell otherwise valuable items out of your inventory. 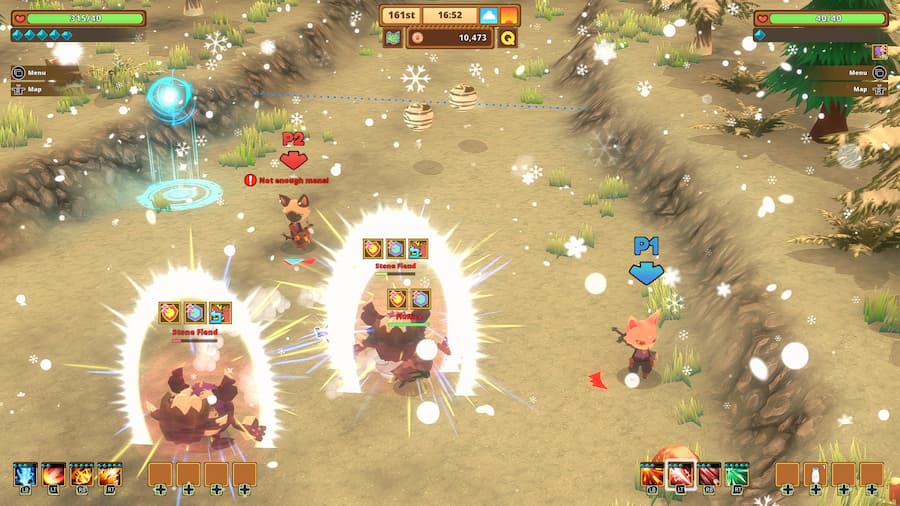 And when you do finally have the money and the items necessary for that upgrade you’ve been working towards, being hardy enough to face a new set of enemies is a great feeling. Yes, you might have been able to run through the area before, moving quick enough to avoid a combat encounter, but being able to tackle those enemies head-on without worrying about instant death brings with it a feeling of success.

Combat itself is straightforward; it’s simple to get to grips with but never too basic that it’s boring. You can equip either a sword or bow and arrow (or both, if you like variety) and you’ll also have a range of magic skills at your disposal – with more unlocking as you progress through the game. Magic relies on mana, which automatically refills as you perform melee attacks. Going toe-to-toe with enemies, swinging your weapon at them wildly, is engaging, though you’ll need to acquaint yourself with the ‘dodge’ button otherwise you’ll quickly come to a messy end. 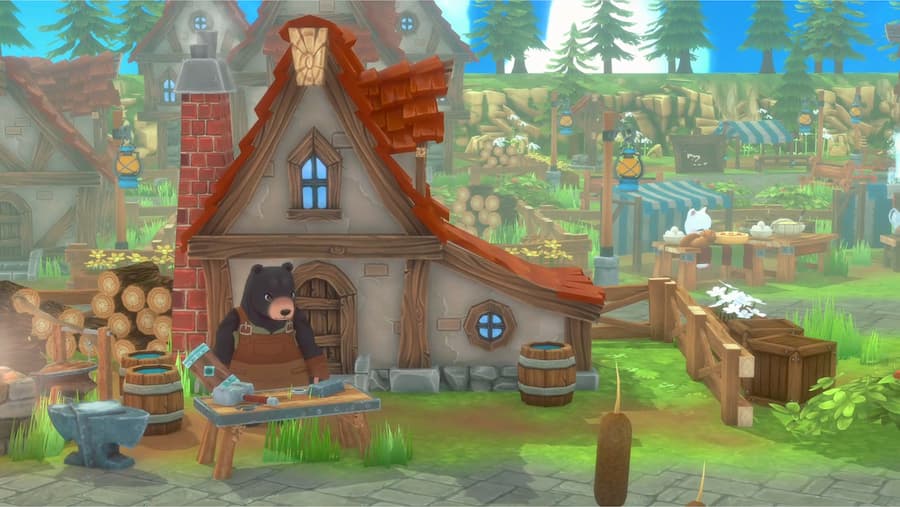 A mixture of melee and magic attacks is typically the best way to deal with particularly tough foes, though however you decide to tackle them you’ll need to be quick on your feet. Particularly when you’re facing off against multiple enemies at once, you’ll have attacks coming in from every direction, and so well-timed dodges are key to being successful in combat.

Attempt to rush through Kitaria Fables and you’ll find it to be a frustrating and unduly challenging experience. Take it slowly, though, spending time engaging with the game’s crafting and farming mechanics, and you’ll have a much better time. With an enjoyable narrative and a pleasantly animated world to explore, being a magical cat armed with a sword is pretty good fun.

This review of Kitaria Fables is based on the PS5 version of the game, via a code provided by the publisher. It’s available on PS4, PS5, Xbox One, Xbox Series X/S, Switch and PC. 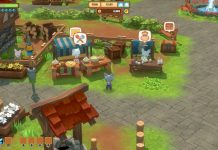 How to Increase Your Inventory Space in Kitaria Fables 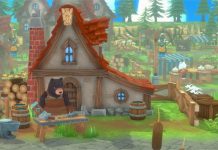 How to Fast Travel in Kitaria Fables 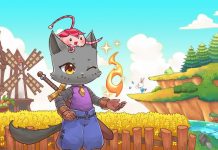 How to Save Your Game in Kitaria Fables