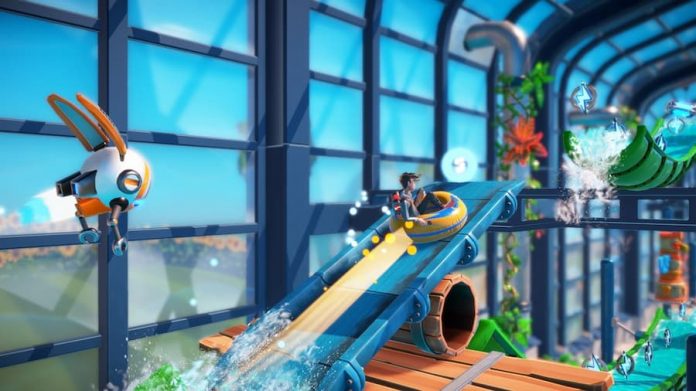 Out now on PS4, Xbox One and Switch, Mickey Storm and the Cursed Mask is a platforming game that sees you watersliding around various environments.

It’s taken obvious clues from classic platforming franchises such as Crash Bandicoot – and heck, its website even features a Tiki mask that looks very much like Aku-Aku. But this is Mickey Storm. Rather than running around environments, you’ll float and bounce through them balanced on an inflatable pool toy. You’ll go around loop-de-loops, jump across a dangerous lava-filled pool and make your way around a waterwheel.

There’s even a narrative if you’ll care for it: Mickey’s parents have been kidnapped, and he needs to retrieve some magical stones, dotted around this watery world, in order to get them back.

Mickey Storm and the Cursed Mask is great fun, but don’t be fooled by its colourful, cheerful veneer. This is a tricky game, right off the bat. Balancing your rubber ring takes careful consideration of the shoulder buttons, levelling yourself left and right so you can perfectly land after doing a jump. Fail to land and Mickey will get wiped out, losing one of only a handful of lives. And with an increasing amount of jumps, tricks and obstacles waiting in Mickey’s path, he’s probably going to die a lot until you’ve perfected manoeuvring him around. 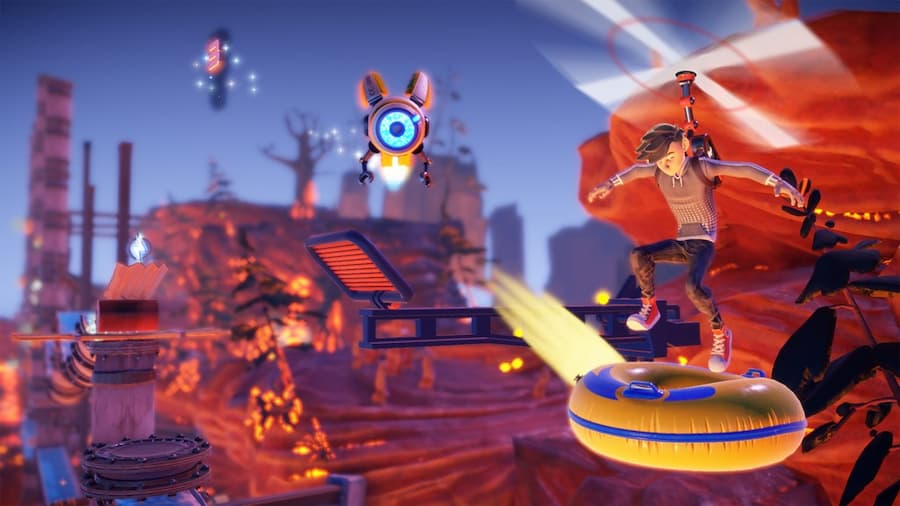 If you’re a fan of platform games, Mickey Storm and the Cursed Mask absolutely deserves your attention. Sure, Mickey isn’t an iconic platforming protagonist like Sonic, Crash or Mario, but his waterpark-based levels make for a unique playground. It’s something different, and if you’re up to the challenge there are over 70 levels to make your way through, providing hours of content.

What we like best about Mickey Storm, though, is not its colourful levels or cheeky human protagonist. It’s the fact that publisher Lion Castle Entertainment has joined forces with charity War Child. For the lifetime of the game, 5% of each purchase will go directly to War Child.

If you’re not familiar with War Child, it’s a UK-based charity that helps children who have been affected by war and conflict. It works with children across the world, aiming to keep them safe and supports them through any recovery process. Its single goal is an important one: no child’s life should be torn apart by war.

Mickey Storm and the Cursed Mask couldn’t really be further from the realities that War Child deal with on a regular basis. But the fact that its profits will continue to help this important charity is very noble indeed. And what better reason do you need to pick up a new platforming game?

Find out more about War Child and the work it does by clicking here. 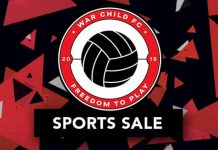 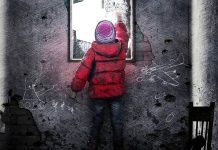